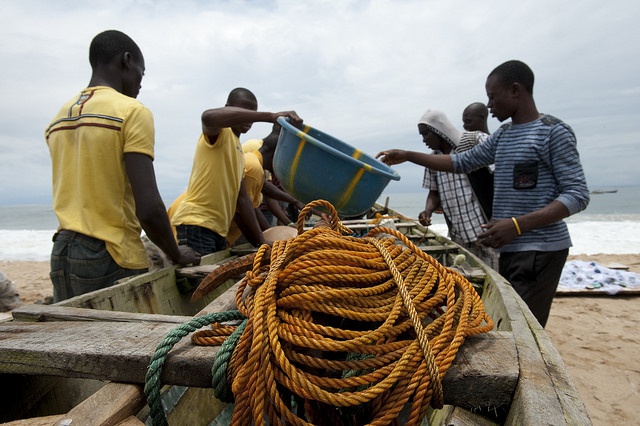 For the exposure, change in average sea surface temperature was computed, based on a large number of climate models and a low-end, intermediate, and high-end scenario of climate change.  The sensitivity or dependence of countries with regard to marine capture fisheries was calculated as an index of five variables: number of fishers, share of marine fisheries exports in total exports, percentage of fishers in the economically active population, weight of total fisheries landings, and share of marine fish protein in total protein consumption. Adaptive capacity was calculated from fisheries subsidies, the ratio of industrial to small-scale fisheries, healthy life expectancy, governance capacity, education levels, and per capita gross domestic product.

The study shows that the countries most vulnerable to the effects of climate change on fisheries are primarily small island states in the Pacific Ocean and Caribbean, and countries along the Western and Eastern coasts of Africa. All 29 marine countries in Europe, on the other hand, appeared to be among the countries having the lowest vulnerability scores. The low vulnerability scores for Europe are due to Europe’s high adaptive capacity, a continuous drop in employment in the fisheries sector over the past decades, and relatively low economic importance of the fisheries sector.

The researchers state that countries’ vulnerability to the impacts of climate change on marine fisheries can be reduced by increasing their adaptive capacity and using the pool of financing available through climate funds for this, which is now estimated at up to USD 650 billion annually for all countries. They stress, however, that it may take decades before efforts to bolster adaptive capacity bear fruit.