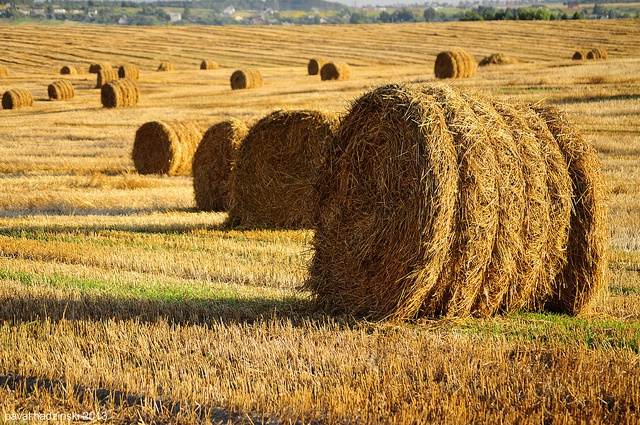 Opportunities may arise for agriculture in Belarus, when adequate adaptation measures are taken in time (photo: Paval Hadzinski, www.flickr.com)

The Third European Climate Change Adaptation Conference was held in Glasgow in June 2017, focused on “Our Climate Ready Future”. The ClimateChangePost presents a selection of contributions to this conference. This article is the third in a series of eight based on presentations given at the conference, and interviews with the scientists.

This contribution was presented by Maria Falaleeva of Ekapraekt / Green Network.

In countries east of the European Union (Armenia, Azerbaijan, Belarus, Georgia, Moldova, Russia and Ukraine) climate change adaptation policy is still in its inception stage. Policy in these countries is being influenced by the EU’s agenda and multi-level approach to adaptation governance. Political, institutional and social realities in these countries are different from the EU, however. As a result the process of developing and implementing climate adaptation strategies, including the actors involved, also differs from the situation in the EU.

Maria Falaleeva works for a non-governmental organization (NGO) called Ekapraekt and is an expert member of the NGO association Green Network. She studied climate adaptation policymaking in countries east of the European Union, especially Belarus, and presented her findings at the European Climate Change Adaptation Conference (ECCA) in Glasgow. She concluded that these countries face new challenges when developing climate adaptation strategies. According to her NGO’s are the new champions stepping in to help them reach this goal.

The new challenges she refers to are (1) a lack of expertise and experience in multi-level adaptation, (2) low awareness at all levels, (3) high fragmentation of governance, (4) lack of political will and policy grounds, (5) lack in transparency of operation of the official actors, e.g. in using international funds, and (6) a traditional governance system that does not allow experiments and flexibility in adaptation planning.

‘These countries have a tradition of top-down governance’, Maria clarifies. ‘In Belarus, for instance, official actors’ responsibilities and mandates are very strict. Climate adaptation, however, means you have to experiment with strategies and measures, and gain experience. But there is no room for experiments because people are afraid to do something wrong. Besides, national authorities still not fully realize the importance of climate change’.

‘I call NGO’s the new champions’, she says, ‘because they step in, take initiative and raise awareness. They have a lot of knowledge and expertise, and know how to communicate this to stakeholders. They know which stakeholders must be involved to make climate adaptation work, what their roles are and how they should cooperate. They are capable of managing projects independent from national or local authorities, cost-effective and transparent, and can be held accountable by donors and stakeholders. They can serve as bridging organizations, are free to operate and experiment.’ According to Maria businesses and citizens in these countries don’t see themselves as stakeholders. ‘This is typical for this region, and partly due to the communistic past. Citizens don’t see themselves as an agent of change’, Maria states.

Not a big issue

Climate change is not a big issue for the people of countries like Belarus or Ukraine. They prioritize economic problems over climate change. Maria: ‘People don’t see that climate change is about you, your vulnerability and what you can do to become more resilient. There is much press by the government, people don’t think long-term.’ On the other hand, vulnerability to climate change is thought to be relatively low. Negative impacts on droughts, floods, forest fires, agriculture, ecosystems, and human health are estimated as low to moderate. In fact, new opportunities may arise for agriculture. For this to happen, NGOs will be needed to step in for quite some time. ‘In the coming years the countries east of the European Union will continue to rely strongly on international support. In this region, the NGOs can be primary partners for international organizations. Not only to raise awareness and for educational purposes, but above all as expert facilities, accountable bridging organizations and platforms for adaptation experiments’, Maria concludes.