It pays off to adapt road and rail transport to climate change. Austria as an example 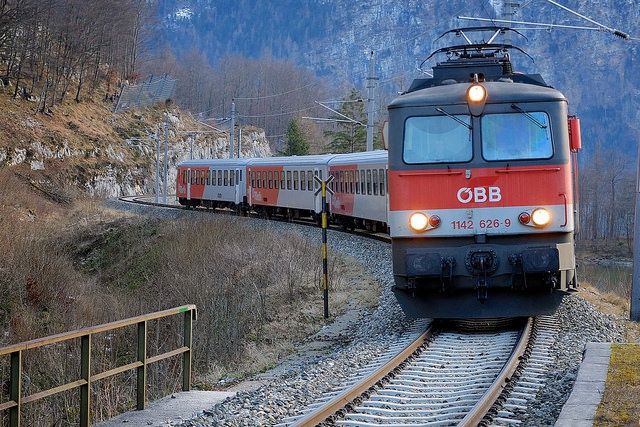 Climate change increases weather-induced costs to road and rail transport. However, when roads and railway infrastructure is affected, the entire economy is affected. Because of several indirect effects to the economy, the benefits of adaptation measures should be assessed for the entire economy as well. Such a macroeconomic assessment of climate change impacts and planned sector-specific adaptation measures was made for the Austrian road and rail sector.

Current average annual weather-induced costs to the road transport sector and to the rail sector in Austria sum up to € 47 M and € 18 M per year, respectively, mostly attributable to damages to infrastructure assets. Regarding the impact categories, most of the damage is triggered by flood and rain. Other impact categories are ice and snow, storm and heat. The costs are two to three times larger in the road sector. When put into perspective by network length, however, damages are about 300 €/km in the road transport sector and 3300 €/km in the rail sector. Thus, damage events concerning infrastructure are eleven times costlier in the rail sector than in the road sector.

Average temperature in Austria has increased nearly 2 °C since 1880 (in contrast to 0.85 °C on a global scale) and is expected to further increase by 1.4 °C until 2050 relative to current temperatures. Extreme precipitation events in the Alpine region will intensify. A doubling of current weather-induced impact costs in Austria’s land transport sectors is assumed due to climate change until 2050, based on scientific studies on the increase of extreme events.

In this study, several technical and planned adaptation measures have been considered for the road and rail transport sectors to reduce climate change impacts. For both the road transport sector and the rail sector these measures include enlargement of drainage system capacities alongside roads and railroad tracks by +20%, intensification of vegetation management next to roads and railroad tracks by 20%, and an increase of transport-related expenditures of the Austrian torrent and avalanche protection agency by +50%. In addition, for the road transport sector, early warning systems improvements by installation of additional hydrological stations, and doubling of the frequency of visual road inspection have been considered.

The study shows that direct impact costs more than double between now and 2050 due to macroeconomic linkages: the indirect costs are larger than the direct costs. When only direct effects are captured, adaptation measures do not seem beneficial for the road sector. When indirect effects are also included, adaptation measures in both road and rail sectors clearly pay off. Adaptation leads to a net benefit at the macroeconomic level.