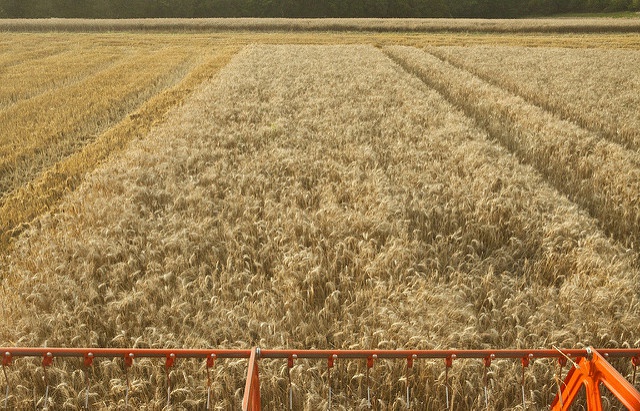 Climate change has negative effects on wheat and barley yields in Western Europe, according to a recent study based on statistics for France over the period 1950-2015, and future projections of climate change under a wide range of climate models and scenarios. Over the last years, France was the fifth largest producer of wheat and the second largest producer of barley in the world. The impacts of temperature and precipitation changes were investigated for winter wheat, winter barley, and spring barley.

According to this study, yields of winter wheat, winter barley, and spring barley will decline by 21.0%, 17.3%, and 33.6%, respectively, by the end of the century under a high-end scenario of climate change, holding growing areas and technology constant. On the positive site, they concluded that continuing technology trends would probably counterbalance most of the effects of climate change.

Climate change impacts were shown to be negative for all three crops, under all climate models and climate scenarios that were used, for both the medium term (2037-2065) and the long term (2071-2099). Yield impacts were quantified relative to the reference period 1977-2005. In the medium term, projected yield declines range from 3.5% to 12.9% for winter wheat and 2.3% to 12.1% for winter barley across all models and scenarios. By the end of the century, winter wheat (resp. winter barley) yields are predicted to decline by an average of 17.2% (resp. 14.6%) under the more rapid warming scenarios, yet under the slowest warming scenario declines are comparable to those observed for the mid-century period. Projected yield declines are related to higher temperatures, not to changes in precipitation.

These results suggest that winter barley is more resistant to warming than spring barley. As such, a possible pathway of adaptation could be shifting from spring to winter varieties. Indeed, the share of winter barley in total barley acreage in France has already increased from 21% in the period 1951-1960 to about 70% in the period 2006-2015, indicating that crop choice may be moving toward more robust varieties.

In the past, improvements in technology have increased crop yields. Over the reference period 1977-2005, for instance, winter wheat yield has increased due to technology by on average 1.69% per year, and similar trends were observed for winter barley and spring barley. This positive trend is stronger than the projected negative trend of yield reduction under climate change. One may not conclude, however, that technological improvements will easily compensate for the impacts of climate change. After all, the effect of technological improvements on crop yields exhibits a decline in growth over the past decades. Still, if this trend of slowing yield growth due to technology is assumed to continue into the future, the projected combined effects of climate change and technical change are positive: yields are projected to increase, particularly for milder warming scenarios.