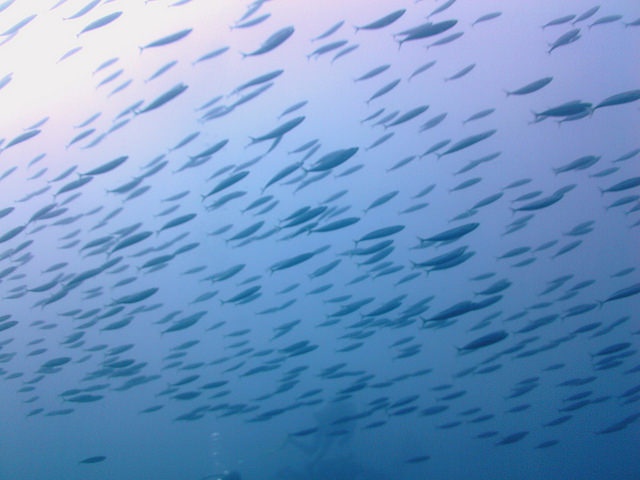 The impacts of climate change can lead to conflict, but conflict not necessarily leads to violence. This is exemplified with the so-called ‘’mackerel case’’. Like many fish species mackerel is migrating into northern Atlantic waters, possibly as a response to ocean warming. This led to a rapid change in the distribution of the northeast Atlantic mackerel stock after 2007. Mackerel became more abundant in northern Atlantic waters, which in turn triggered an interstate conflict over the size and allocation of fishing quotas between the European Union (EU), Norway, Iceland, and the Faroe Islands.

Situation before the mackerel shift

When mackerel stocks frequent the national waters of a nation, defined as a 200-mile exclusive economic zone (EEZ), that nation is considered a “Coastal State” for that stock and has the right to harvest it in their EEZ. As so-called Coastal States, these countries are responsible for management of the stock. They negotiate the division of fishing resources.

Before the mackerel shift in 2007 the “main players” in the Coastal State meetings were the EU and Norway. These countries had been dealing with the sharing of the stock since 1999, had the biggest mackerel fishing fleet, and worked together on the scientific surveys that are used to advise the States on quota allocations. The Faroe Islands only played a minor role in the quota negotiations, and Iceland was not considered as a Coastal State.

The start of the conflict

The interstate conflict started after the mackerel moved northwards. The area of migration has progressively expanded as far as Icelandic and south Greenlandic waters in the west, and as far north as Spitzbergen, may be due to changes in food availability, increased water temperature, and/or increased stock size. Due to this change in distribution, Icelandic and Faroe fishers got better access to the stock and therefore wanted to secure their fishing rights. The Faroe Islands wanted to enlarge their mackerel quota, while Iceland wanted to become an accepted Coastal State member to secure their quota share.

So far, even though Iceland has become a Coastal State, it has not been involved in the Coastal States’ agreements on the total allowable catch (TAC) and quota allocations per country. The main reason for this failure is that a social and political dispute between the Coastal States developed which persists to this day. The conflict prevents collaboration with Iceland in a joint management plan and subsequently sustainable management of the stock. As a result, the Coastal States overfished the mackerel stock increasingly from 2007 onwards.

A permanent shift, or not?

The reasons behind the mackerel shift are not quite clear. It has been argued that this allows countries to select the scientific explanation that best serves their interests. Accepting that the shift is caused by climate change would confirm the permanence of the shift. This explanation is advantageous for Iceland and the Faroe Islands, but not for the EU and Norway because they would have to accept a (semi)permanent decline in their share of the TAC. Consequently, the latter countries prefer to consider the shift as temporary and the result of ‘normal’ environmental fluctuations.

According to the authors of this study the mackerel dispute is currently experiencing a (re)balancing of power between the various Coastal States due to their growing interdependence. Iceland and the Faroe Islands probably will claim larger shares as the mackerel shift continues, and new countries (like Greenland) may also demand access.

An example of future conflicts

The mackerel case is an example of a process of global environmental change that will manifest itself more pronounced and widely in the decades to come. Marine scientists anticipate large-scale changes in distribution and productivity of marine organisms under the influence of ocean warming, which are expected to increase the potential for international conflict over marine resources, impeding effective and sustainable marine governance.