Landslides in a changing climate, a complicated story 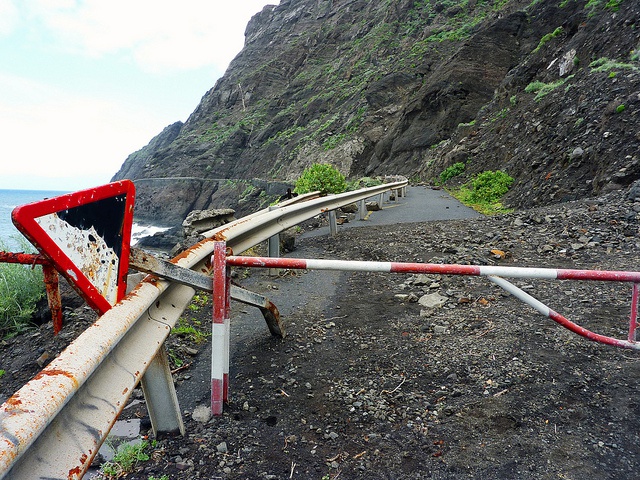 More people will probably be exposed to shallow, rapid-moving landslides. The number of deep-seated, slower landslides, that cause a lot of economic damage, will probably decrease.

Will landslide risk in a certain region increase or decrease in direct or indirect response to climate change? That is still hard to determine. Whether areas are subject to (an increasing) landslide risk not only depends on temperature and rainfall, but on local geological conditions and non-climatic factors (including land use/cover, agriculture and forest practices) as well. Besides, natural and human induced drivers of landslides interact in a complex way, even in a “stable” climate. The direction, magnitude and effects of these non-climatic, interacting drivers may outweigh changes in landslide activity due to climate change. Besides, in many areas global warming will have an impact on land use and land cover, on agricultural and forestry practices, and on the economy. These changes may also change the activity and the rate of occurrence of landslides, and hence landslide hazard and risk.

A distinction is generally made between two types of landslides: shallow, rapid-moving ones, and deep-seated, slower ones. The first type presents a high risk to the local population and has caused most of the casualties in the past. The last type can cause a lot of economic damage.

Intense rainfall events are a primary trigger of shallow, rapid-moving landslides such as debris flows, debris avalanches, rock falls, and also ice falls and snow avalanches in high mountain areas. These events are a primary cause of landslide fatalities. Given the fact that in some areas global warming is expected to increase both the intensity of rainfall events and the frequency of these events, it is to be expected that in these areas the total number of people exposed to landslide risk will increase. These areas include the Alps, the Himalayas and most of the American Cordillera, but also the Atlas Mountains in north-western Africa, mountains and hills in south-western Africa, the East Africa's Rift Valley and the Arabian Peninsula, the Carpathians in Eastern Europe, the Appalachians in eastern North America.

In addition to the intense rainfall events, the projected increase in air temperature is also expected to affect the stability of rock slopes at high latitudes (particularly in the northern hemisphere and at high elevations, where permafrost exists that may reduce when temperature rises. An increase in landslide activity related to an increase in air temperature has been found in several studies in especially the European Alps. This agrees with the conclusion of the IPCC that there is a “high confidence that changes in temperature, glacial retreat, and/or permafrost degradation will affect slope instabilities in high mountains, and medium confidence that temperature-related changes will influence bedrock stability”.

In high mountain areas, not only small-sized rock falls and ice falls, but also large rock slides and rock avalanches may become more abundant when temperature rises. At high latitudes, particularly in the taiga and tundra areas in the northern hemisphere, permafrost melting can initiate ground instability processes even in low gradient terrain, producing incised gullies that transform rapidly into wide badland areas.

Global warming will also change the time required for the snow to melt, and the frequency of rain-on-snow events, two known triggers of landslides.

The degree of activity and the occurrences of new deep-seated landslides are expected to decrease. Extremely to moderately slow deep-seated landslides (including earthflows, mudflows, complex and compound slides) generally do not pose a serious threat to human life. Hence, their predicted reduced activity will not decrease landslide risk to the population significantly, but it is expected to contribute to reducing landslide impact and the related economic damage.

The literature review revealed that variations in rainfall totals influence mostly rockslides, mud flows and earth flows, at both the local and the regional scale, whereas variations in rainfall intensity affect, mostly directly, rock falls and debris flows/avalanches, in the short-term and at the local scale. Changes in the air temperature influence directly ice falls and avalanches, and have an indirect impact on rock falls (due to the formation and opening of fractures), and on deep-seated landslides (due to changes in the hydrological cycle).