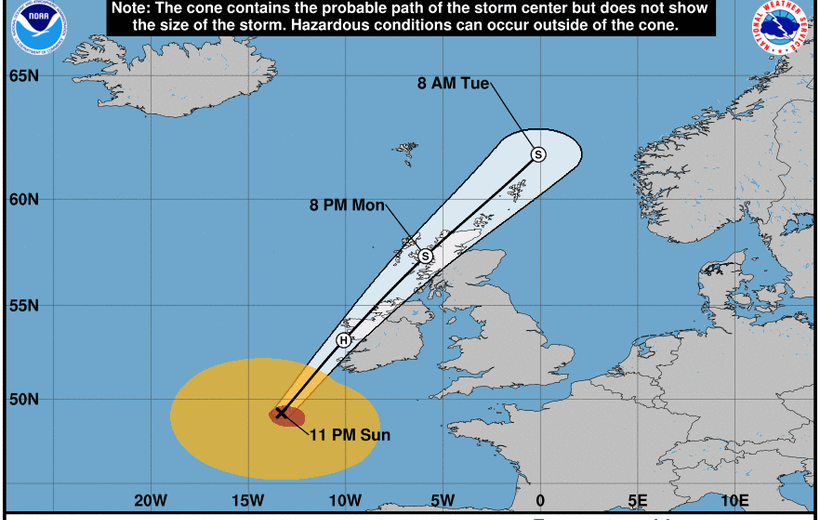 Today Ireland and the UK will be hit by hurricane Ophelia, the worst cyclone to hit this part of Europe in 50 years. The scenario of a hurricane heading towards Europe is highly unusual. However, it does fit in the projected impacts of global warming. In fact, Dutch scientists already projected Ophelia as a realistic scenario in the future in their article in Geophysical Research Letters (‘More hurricanes to hit Western Europe due to global warming’). Little did they know that they only had to wait four years for their projection to come true.

We summarized the study of these scientists in a 2013 article on the ClimateChangePost: More hurricanes to hit Western Europe.