Climate impacts on European agriculture are not necessarily negative 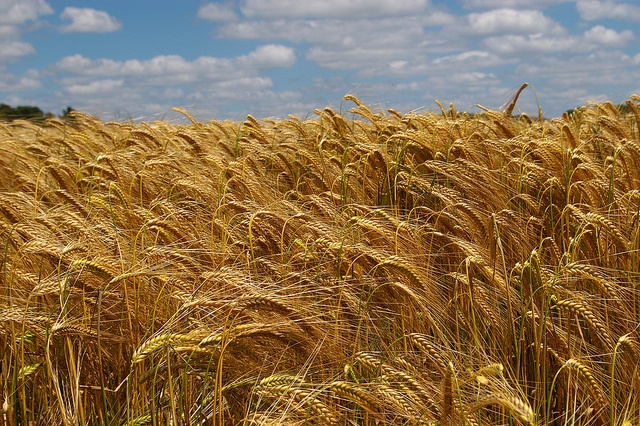 Climate impacts in Europe are not necessarily all negative. They could be beneficial for many crops and areas of production. This message was sent by the authors of a recent study in which they combined results of 41 scientific publications. Their study confirms that climate change is likely to increase the yield of Europe’s major agricultural cropping systems, with more favourable impacts in northern and central Europe.

Future changes in temperature, rainfall and soil moisture could threaten agricultural land use and crop productivity in Europe, with major consequences for food security. The projected impacts of climate change on the yield of seven major crop types have been assessed. These crops are wheat, barley, maize, potato, sugar beet, rice and rye. Compared with the period 1961-1990, the projected change in average yield in Europe for these seven crops by the 2050s is a yield increase by 8%. Only for maize a reduction by 6% is projected. For wheat and sugar beet, projected average yield increase is highest: 14% and 15%, respectively. These increases are largely due to rising atmospheric CO2 concentrations, enhancing both crop productivity and resource use efficiency. Evidence of climate impacts on yield was extensive for wheat, maize, sugar beet and potato, but very limited for barley, rice and rye.

The findings of this study show strong regional differences with average crop impacts by the 2050s in northern Europe being higher (+14%) and more variable compared to central (+6%) and southern (+5) Europe.

Projections for northern Europe show significant higher average yields for maize and potato in the 2050s (+12% and +18%, respectively) and 2080s (+19% and +14%, respectively), compared with the reference period 1961-1990. Positive impacts for most crops apart from maize were also reported for central and southern Europe. The project decrease in average yield for maize in central Europe is 9% for the 2020s and 15% by the 2080s. Maize is projected to suffer the largest mean decrease in southern Europe, up to 28% by the 2080s.

The findings of this study corroborate other studies that show how crop productivity impacts in higher-latitude temperate regions, such as northern Europe, are generally expected to be less severe than in lower-latitude more tropical regions. The findings also illustrate that a lot of knowledge is available on projected crop yield changes for wheat and maize, but far less so for climate impacts on important crops such as barley, rice and rye. In addition, the study confirms there is extensive evidence on climate impacts on crop production for northern and central Europe, but much fewer studies for southern Europe.