Climate change adaptation: the Nordic countries in a global perspective 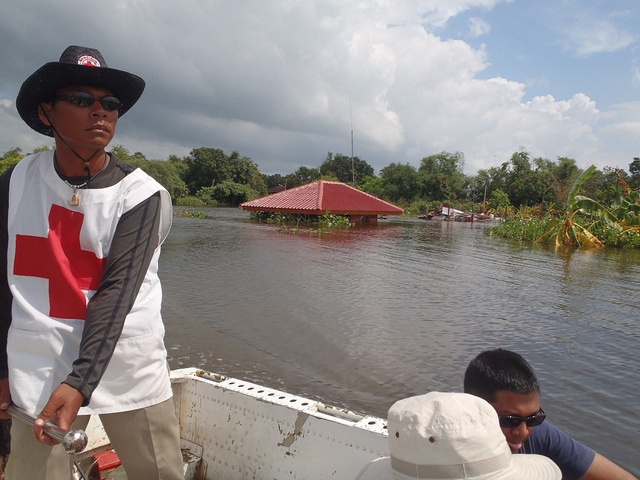 ‘In large parts of the world, climate change is a matter of life and death. In the Nordic region, it is at worst an inconvenience and at best a boon’. With these words Richard Klein of the Stockholm Environment Institute characterizes how climate change was perceived in the Scandinavian countries 10 years ago. Reduced snow security for cross-country skiing is one of the main negative impacts, people thought. And a warmer Scandinavia would bring many benefits, such as a longer growing season for agriculture and more potential for hydropower.

Since then, this complacency about climate adaptation has faded as Scandinavian countries have faced destructive floods, windstorms, landslides and wildfires. Richard Klein adds another dimension to the relationship between climate change and the Nordic region: impacts that result from the Nordic region being connected to the rest of the world. He brings two impacts to the fore. The first is the effect that climate change impacts elsewhere in the world may have on Nordic people and business. Examples include the disruption of supply chains of international companies affected by the floods in Thailand in 2011, and Russia’s grain export ban after wildfires had destroyed one third of the country’s grain crop in 2010. The second impact is the way in which consumption patterns in Nordic countries may put other countries at higher risk of climate change. Examples are the destruction of rain forest to cultivate palm oil, and the large volumes of water that are used in water-stressed countries to produce goods for the Western world.

We live in a globalized and hyper-connected world. Countries may be affected by developments in other countries, sometimes at the other side of the globe. Richard summarizes 4 pathways of indirect impact. The first one is biophysical. Along a river, for instance, droughts in upstream river basins reduce river flow and affect biophysical conditions downstream. Another is trade, like the example of disrupted supply chains in Thailand. Finance, number 3, is the fact that a devastating impact of extreme storms, floods or droughts on a country’s economy may affect the economy in a distant country as well, because of a heavy burden on public or private financial resources. Fourth is the pathway of people on the move driven by droughts or conflicts, or moving from north to south in the summer season as tourists.

As a result of these pathways Nordic countries may be less robust with respect to climate change than one might conclude when considering only climate change impacts within these countries. ‘The disruption of supply chains due to the Thailand flooding was an eye opener for many, including big companies’, Richard adds. ‘Awareness of indirect impacts of climate change has grown since then. Big companies, for instance, diversify their supply chains and derive their base material from more countries, making their production less vulnerable to natural hazards.’

Every day we consume products that have an ecological footprint in other parts of the world. Crops are grown for our consumption in parts of the world that are already water-stressed. Conflicts arise over commodities that affect food security, such as growing biofuels for rich countries instead of food for the local population. According to Richard we all, citizens of rich countries, are part of the problem and part of the solution. Richard: ‘To reduce this type of vulnerability means to change our behaviour’.

Richard concludes that the scope of Nordic climate adaptation policy, including adaptation finance, is too limited. In addition to addressing a direct climate change vulnerability at home and abroad, attention should also be given to the possible indirect impacts on the Nordic region resulting from climate change elsewhere. Awareness is lacking of the various pathways that can exacerbate climate risk within the Nordic region and beyond. Interdependencies between the Nordic countries and the rest of the world should become part of Nordic adaptation strategies. Richard: ‘This is not just about risks; there are opportunities as well. The Nordic tourism sector, for instance, may benefit from the fact that summers in the rest of Europe are getting too hot for comfort.’