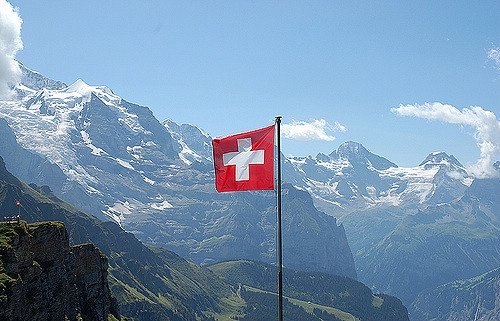 In the face of rapid climate warming, the hydrological and geomorphological dynamics of small (<3 km2) and partially glaciated Swiss Alpine watersheds seem to be changing. The change began with the considerable increase in temperature in the second part of the 1980s. As a result the glaciers started to recede (mid-1980s-ongoing) and the contribution of ice melt and snowmelt to river flow increased. Whereas precipitation was the widely dominant water source for streams until the mid-1980s, its relative contribution then started decreasing, although its absolute input remained stable. In addition to ice melt, the snowpack no longer contributes to glacier growth but becomes a subsidy of water yield. Also, thawing of permafrost-related landforms contribute to stream discharge. These changes have caused discharge to almost double in the studied watersheds through the last five decades. An increase in annual runoff in similar watersheds is a frequent outcome of rapid climate warming.

As for the future, water yield is likely to increase further, at least until it becomes limited by available ice to melt, and with it sediment transport capacity in the drainage network. According to research maximum annual runoff in Alpine watersheds may be reached by 2050, followed by a tendency to decreasing and/or more variable water yield, although it is still unclear how this timing applies to small, heavily debris-covered glaciers.