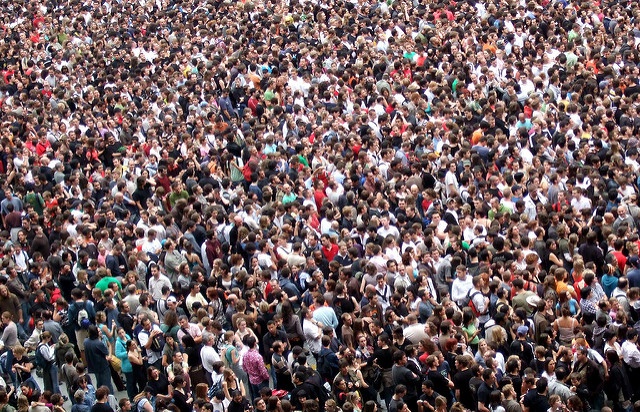 For the world as a whole and for individual countries, this has been assessed by studying the impacts of (a) population growth, (b) increased incidence of droughts due to climate change, and (c) the combined influence of the two through their interaction. Both a low and high emissions scenario of climate change was assumed (the so-called RCP 4.5 and RCP 8.5 scenarios), and a large number of models were used to adequately cover the spread of uncertainties in the results of different models. For population growth, a medium fertility population growth scenario was assumed (United Nations, 2013), producing a world population of approximately 10.5 billion by the end of the century. Drought was characterized on a monthly basis by calculation the difference between precipitation and potential evapotranspiration for each month in the previous two years and accumulating these differences.

The exact numbers should not be taken literally given the very large uncertainties in this assessment. Still, the authors conclude that climate change mitigation should be the main policy response in efforts to alleviate numbers exposed to future extreme droughts. Plausible future decreases in population growth will not make a major dent in the very large increase of numbers likely to be exposed to extreme drought through the rest of this century in most parts of the world.