Recent flooding England and Wales not due to more intense rainfall 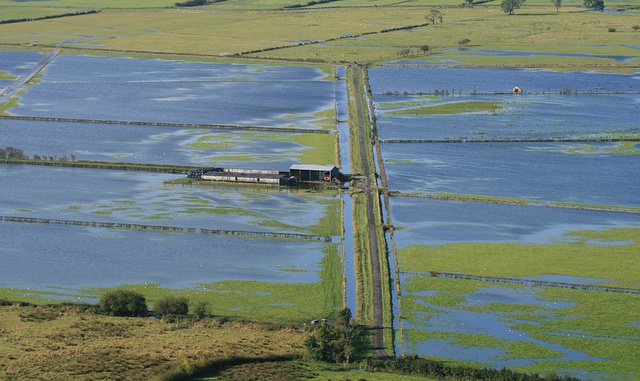 From a country-wide dataset over the period 1931- 2014 no significant trends in annual or seasonal precipitation totals can be distinguished from temporal variability. Winter precipitation increased from the 1960s to a maximum in the early 1990s, but has decreased since then, removing the significant upward trend reported previously by others. Previous reported negative trends for the summer season have been reversed since 2007, as all summers between 2007 and 2012 were anomalously wet, with 2007 and 2012 being the two wettest summers on record in this dataset. Also, no significant trends of changes in rainfall intensity have been found between 1931 and 2014.

The extreme precipitation periods occurred in different seasons for each of these years (autumn 2000, summer 2007, spring 2008, summer/autumn 2012), suggesting a similar behaviour throughout the year with more extremes on the multi-day accumulation scale in the recent years.