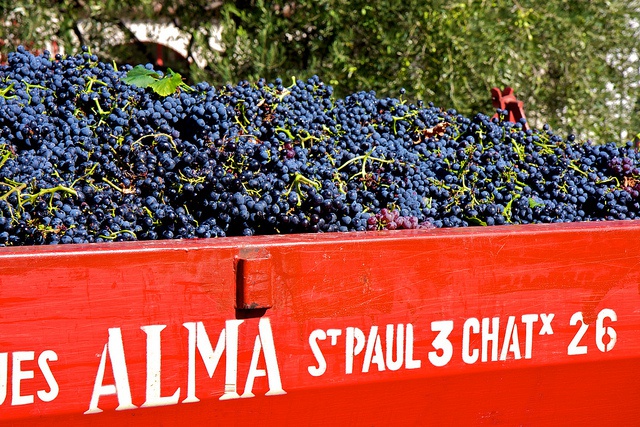 There is increasing evidence that warming trends have advanced wine grape harvest dates in recent decades. Across the globe, harvest dates advance approximately 6 days per degree of warming. Harvest dates are closely connected to the timing of grape maturation, which is highly sensitive to climate during the growing season. Specifically, warmer temperatures accelerate grapevine phenology over the full cycle of development (budburst, flowering, veraison and maturity), whereas increased precipitation tends to delay wine grape phenology. The earliest harvests thus generally occur in years where the growing season experiences warmer temperatures and drought.

High-quality wines are typically associated with early harvest dates in many of the cooler wine-growing regions, such as France, and are also favoured by warm summers with above-average early-season rainfall and late season drought. Overall, both precipitation and temperature contribute to wine quality and the timing of harvest, although temperature is the most critical factor influencing wine grape phenology.

Most research on the relation between climate and wine grape harvests has focused on relatively short, recent timescales, for example the past 30–40 years. Recently, over 400 years (1600–2007) of harvest data from Western Europe (France and Switzerland) have been analyzed. These data have been compared with (reconstructed and measured) data on temperature, precipitation and soil moisture over this period.

In this historical record, years with the latest and earliest harvest date were 1816 and 2003, respectively. 1816 was the so-called ‘Year without a Summer’ following the eruption of Mount Tambora in Indonesia. This eruption caused pronounced cooling over continental Europe during the growing season, with harvest dates delayed over three weeks. 2003 was one of the worst summer heat waves in recent history. Compared with the variability of harvest dates from one year to another in this historical record, average harvest dates were substantially earlier (about 10 days) in more recent decades (1981–2007) than in the previous 400 years.

Historically, high summer temperatures in Western Europe, which would hasten fruit maturation, required drought conditions to generate extreme heat. The relationship between drought and temperature in this region, however, has weakened in recent decades and enhanced warming from anthropogenic greenhouse gases can generate the high temperatures needed for early harvests without drought.

Grape harvest date and wine quality depend on a number of factors beyond climate, including wine grape varieties, soils, vineyard management, and winemaker practices. The analysis of the historical record suggests, however, that the large-scale climatic drivers within which these generally local factors act has fundamentally shifted. Such information may be critical to wine production as climate change intensifies over the coming decades in France, Switzerland, and other wine-growing regions.