How to adapt to higher river flood peaks? Not (necessarily) by raising the dikes 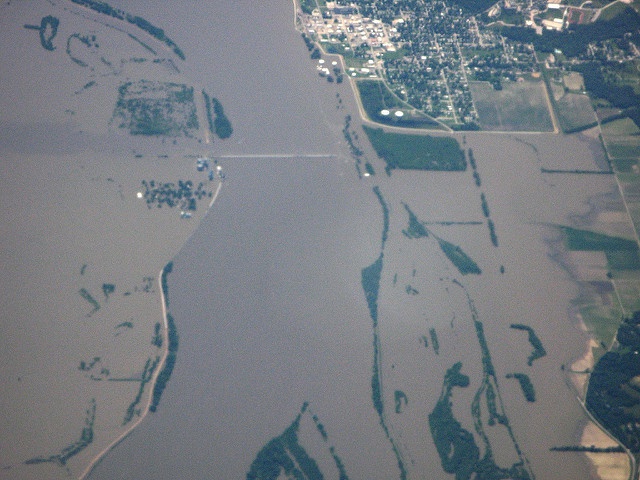 River flood risk increases due to climate change and socio-economic developments unless effective adaptation measures are taken. Flood risk is the combination of hazard, exposure and vulnerability. Hazard is the extent of the flood, exposure the population and economic assets located in hazard-prone areas, and vulnerability the susceptibility of population and assets to the flood. Adaptation reduces flood risk by acting on one of these risk components. The effectiveness of four types of adaptation measures has been assessed for a scenario of 4°C global warming by the end of the century and rapid economic growth. These four measures are

The assessment shows that only increasing the level of flood protection is not sustainable in the long term, even though this measure is often highly cost-effective. This is largely due to the fact that a higher level of flood protection results in the loss of flood memory, where people and business increasingly settle in flood-prone areas (again) because the last flood is already so long ago, thus increasing exposure. This is called the ‘levee effect’: strong dikes ‘attract’ people and investments, and floods become more catastrophic if dikes do fail.

On the other hand, empirical evidence suggests that recurrent flooding is usually associated with decreasing vulnerability, due to the enhanced resilience and coping capacity acquired by the society during previous events. This so-called ‘adaptation effect’ is the reverse of the ‘levee effect’.

According to this assessment, adaptation efforts should give priority to measures targeted at reducing the consequences of hazardous events, rather than trying to avoid their occurrence. In particular, relocation and vulnerability reduction measures should be further developed. These measures have two interesting features. First, they reduce the impacts of all floods and thus strengthen the resilience of societies and ultimately the ‘adaptation effect’. Second, uncertainties in future climate projections (strongly related to hazard) do not complicate the design of these adaptation measures (focused on resilience).