Climate-related disaster risk increases, but not necessarily due to climate change 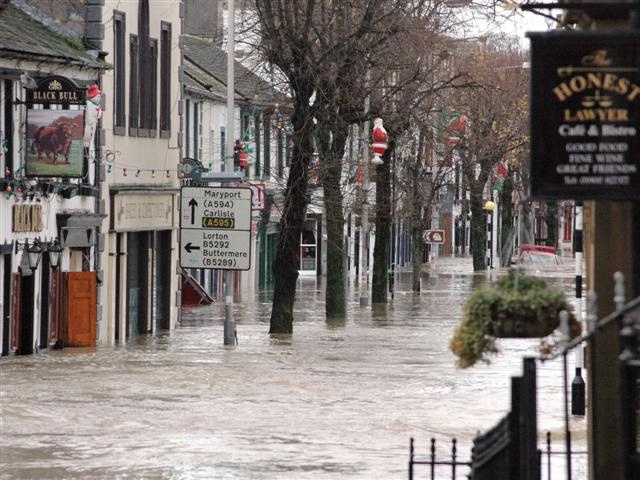 Disaster risk is a combination of three components: the hazard (the potentially dangerous naturally occurring event, such as a storm, heat wave or flood), exposure (the population and economic assets located in hazard-prone areas), and vulnerability (the susceptibility of the exposed elements to the natural hazard). Hazard, exposure, and vulnerability are not static. They change in time. Future projections of those changes must be part of investments in disaster preparation today. Exposure, for instance, increases as population grows in hazardous areas, and as improved socioeconomic conditions raise the value of assets.

Increasing exposure to flooding is the main cause of the steeply rising trend in global river flood losses over the past decades. In fact, various analyses of historical loss databases have not yet been able to derive a clear signal of climate change in these increasing losses. This trend will continue to rise: between 2010 and 2050, estimated global population exposed to river and coastal flood is expected to increase from 992 million to 1.3 billion. Similar observations have been made for other climate-related disasters. For instance, the estimated share of the world population facing water scarcity increased from 20 percent in 1960 to 50 percent in 2000. The IPCC has high confidence that “increasing exposure of people and economic assets has been the major cause of long-term increases in economic losses from weather- and climate-related disasters.”

This is illustrated for fluvial flood risk in Turkey. This risk will probably increase between now and 2080, but not necessarily due to climate change. In fact, projections of climate change and socioeconomic development indicate that Turkey’s future river flood risk increases due to socioeconomic development (more assets and people exposed to floods) and hardly due to climate change. Results may be different, however, for pluvial and flash floods.