Global warming will reduce global yields of maize and soybean 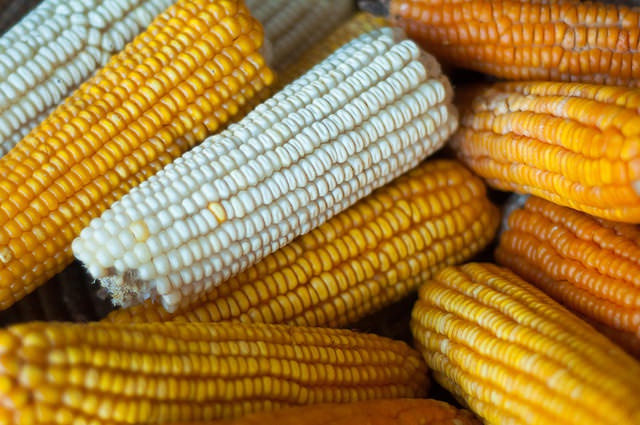 Maize and soybean are among the most important food crops worldwide. 10 countries represent 84 % and 94 % of the world’s maize and soybean production respectively. This includes 4 European countries: France, Romania, Italy and Ukraine. A modeling study has shown that global warming results in reduced growing season lengths and ultimately reduced yields for both crops, with maize being more negatively impacted than soybean.

Use of farmer-instigated adaptation strategies through changing planting date and crop variety may alleviate the effects of a 0.5 °C warming for maize yields; however, temperatures greater than 1 °C will negatively affect yield in most countries. The response to adaptation strategies is country-specific: of these 10 countries adaptation seems to be most effective for France, demonstrating no decrease in yield under a 4 °C increase in temperature with adaptation measures.

Small temperature increases of 0.5 °C had no effect on soybean yield, although yield decreased as temperature increased. These negative effects, however, were partly compensated for by the implementation of adaptation strategies including planting earlier in the season and changing variety. For soybean, adaptation can be effective at temperatures up to 4 °C but that response is country-dependent.

Yield reduction results from a shortening of the growing season under warmer conditions. Adaptation offsets this via changes in planting date, shifting the growing season to cooler periods of the year, or by switching to cultivars with greater thermal time requirements, leading to a lengthening of the growing season. Crop development is directly related to temperature, therefore by sowing earlier in the season when temperatures are cooler, the rate of crop development will decrease, which allows more time for grain/pod filling and would therefore be expected to increase yield.