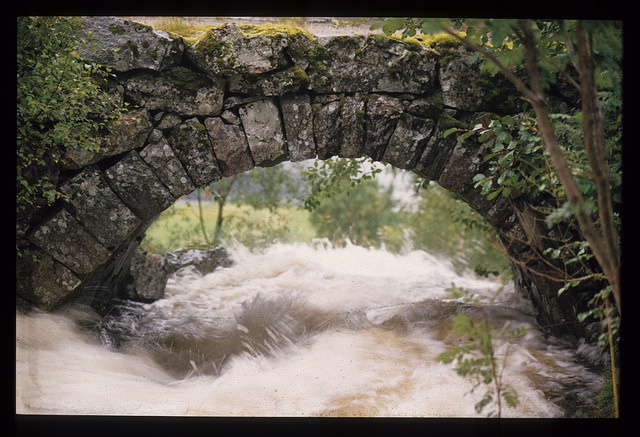 Changes in rainfall and snow cause changes in river floods

Currently, about 30% of the annual precipitation in Norway falls as snow. It is expected that climate change will change the contribution of snow and rainfall to total precipitation in different ways for different parts of the country. As a result, the magnitude and frequency of rainfall versus snowmelt driven floods in Norway will also change. Can these changes already be detected in observational data?

The western part of Norway and the coastal zone experience high flows particularly during autumn and winter as a result of heavy rainfall. The inland and northernmost parts of Norway experience high flows particularly during spring and early summer due to snowmelt. There is increasing evidence for recent changes in the intensity and frequency of heavy precipitation and in the number of days with snow cover in many parts of Norway. The question arises as to whether these changes are also discernable with respect to their impacts on the magnitude and frequency of flooding.

Over the last century, and particularly since the end of the 1970s, mean precipitation has increased in the whole of Norway by about 18%. Also the intensity and frequency of heavy precipitation events has increased in most parts of the country, particularly in southern and western Norway and in some coastal areas in northern Norway. The total amount of snow in the winter significantly increased in the colder inland and northernmost regions of Norway. This agrees with the expected impact of global warming: it is likely that some inland and high-altitude areas will still accumulate more snow during winter until the end of the 2050s. In other parts of the country with warmer winter climates, however, total amounts of snow are decreasing. The projections also indicate that such trends will affect larger regions and higher altitudes towards the end of the 21st century.

Flood frequency is increasing too, except for the north

Flood frequencies have been increasing since 1962 in southern and western Norway, mainly due to increase in the frequency of rainfall dominated events. In the same time flood frequencies have been decreasing in northern Norway, mainly due to decrease in the frequency of snowmelt dominated floods. In Norway, rainfall has become more important as a driver of floods, while the role of snowmelt has become less important. Besides, the timing of snowmelt-dominated floods has become earlier, by on average 5 days per 10 years over the period 1962–2012.

A shift from snowmelt to rainfall driven floods

These results agree with future projections of the impact of climate change: there is strong evidence that rainfall will continue to gain an increasing importance in flooding in Norway, and it will replace snowmelt as the dominant driver of floods in most catchments where snowmelt is the most important driver under current conditions. Only in high-altitude catchments, where precipitation will continue falling as snow, is snowmelt likely to remain the most dominant driver of floods in the future.