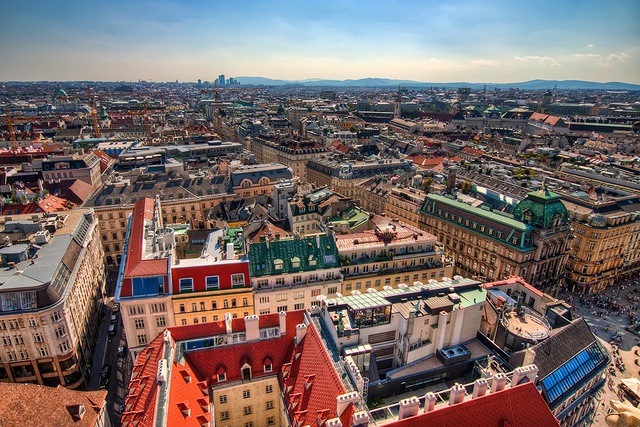 Cities are generally warmer than their surrounding areas. This is the so-called urban heat island effect. This effect has been quantified from remote sensing for all cities in 38 European countries over the period 2006-2011. It was shown that this effect varies over the seasons, being maximum in summer (typically 2°C in July) and minimum in winter (1°C in February). Global warming will probably increase this urban heat island effect. The health risks related to the extreme heat may pose a considerable problem for the city dwellers in the future.

Numerous concepts have been developed to mitigate the heat load in urban areas, such as customizing urban vegetation for shading and evaporative cooling, introducing open water surfaces, planning of built structures that support ventilation by choosing an appropriate geometry and size of buildings and street areas, and applying suitable materials and colours for buildings to reduce the heat storage and the absorption of solar radiation.

Increase in vegetation and water surfaces, known as green and blue infrastructure, is of particular interest due to their multiple functionality and benefits for the urban environment, such as increasing urban biodiversity and improving air quality in case of urban vegetation. The cooling potential of the blue and green infrastructure to reduce the urban heat island effect has been assessed for Vienna, the capital of Austria. In Vienna, a warming trend has been observed between 1961 and 2010.

A model simulation for Vienna with green infrastructure shows that a substantial reduction in temperature is achieved only by incorporating an extensive amount of vegetation. Heat load mitigation measures should be applied extensively in order to reach substantial reduction in urban heat load on a city scale. With the application of several heat load mitigation measures such as decrease in building density by 10 % and pavement by 20 %, enlargement in green and water spaces by 20 %, it is possible to achieve a substantial cooling effect. A relatively small change in infrastructure may reduce the annual number of summer days with a maximum temperature ≥ 25 °C by 10 or more.

Temperature reduction due to implementation of green and blue infrastructure in urban areas depends on multiple factors: terrain, prevailing wind direction and wind conditions, neighbouring areas and the size of the applied measures. By concentrating the parks in the city centre, the cooling effect could be amplified as compared to locating parks in the low-density residential areas in the outer districts of the city.