Optimal zones for Portuguese grapevine varieties shift to the north 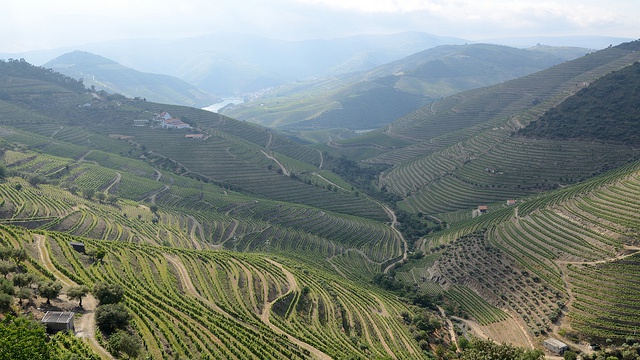 Climate change is expected to change the optimal zones for grape varieties. Grapes are expected to ripen earlier in warmer climates, but unbalanced ripening may lead to lower wine quality. Knowledge about how the spatial distribution of the optimal climatic zones for grapevine varieties may change under global warming helps the sector to adapt to future climates.

It is to be expected that current growing regions of varieties reflect their optimal climatic zones since growers have been selecting the varieties that best suit the regional climatic conditions. We can characterize climatic conditions at the zones of different varieties and see how locations with these conditions shift under future projections of climate change. This was done for 44 grapevine varieties in Portugal, the 11th highest wine-producing country in the world. Future projections highlight a warming and drying of the growing season in Portugal, accompanied by increases in the frequency of climate extremes.

The northward shift may indicate that some regions in Portugal, especially the south, will no longer provide optimal climatic conditions for most current varieties. However, this may also provide an opportunity to select other international varieties, with higher thermal demands.

These results show that one way to adapt to climate change is to select grapevine varieties that best fit projected future climate conditions in a certain area. There are many other measures growers can adopt to mitigate the negative impacts of climate change. As short-term measures, they can adjust pruning times and training systems, apply leaf sunscreens or vine shadings, implement controlled/deficit irrigation, cover cropping and tillage treatments. Numerous approaches could be used for long-term adaptations including improvements in rootstock and clonal selection, relocations to cooler areas, increasing soil depths and water holding capacities, and genetic breeding of new varieties.