Trucks, could they cease to be an environmental concern? 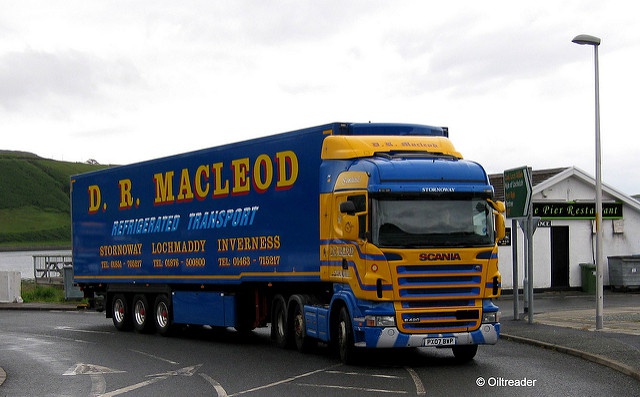 The problems the planet is currently choking on thanks to global warming are not new revelations. Hand in hand with progress and development, pollutant emissions spew from all corners of the planet and transport within the commercial and industrial sector especially bears no small degree of guilt.

With this in mind, truck designers are looking to amend this predicament. Suppliers in particular increasingly utilise technology that will enable for ‘greener’ designs, as seen in the partnership between German trailer manufacturer Krone and Mercedes who will supply the technology under the bonnet. They intend to slash CO2 volume by approximately 20%, thanks to increasingly aerodynamic trailers, energy saving tyres, and smarter engines.

Google too, is looking to be a pioneer in this field. Having made steps into the automobile industry already, the mega-corporation plans to blend their AI designs with heavy industry. Along with a host of interested firms such as Volvo and Scania, their combined efforts aim to design a truck fully independent of a driver or reliant on fossil fuels. Whilst the project is still very much in an early phase, the endgame of this scheme is to wheel out convoys of self-driving trucks1. This could cut fuel bills by just $35 billion in the US alone, so is certainly one project to watch for in the future2.

On mainland Europe, there is also an intense debate over trucking emissions. Elements within the European Parliament have come together from all political ideologies, to standardise the level of emissions for heavy goods vehicles (trucks) that currently do not exist3.

Should such legislation be enacted, other politicians in Europe may follow their lead towards prioritising clean energy in transport4. Sadiq Khan in his capacity as Mayor of London has voiced his support for similar ideas, as can be seen in his backing of an Ultra-Low Emission Zone. This would levy a further toll on those archaic vehicles within London that fail to match the Euro 4 standards for emissions5.

Also within the UK there has been a recent increase in co-operation between the public and private sector. For example, £200,000 is being invested by the Government along with Horiba MIRA to enhance tyres used by trucks and lorries, to the point where they can slash emissions by 8%. No doubt similar plans are being carried out across the world to solve this common problem, and sharing resources and methods to reduce emissions is surely a worthy sacrifice to make for the greater goal.

But despite all this being just a glimpse into what’s going on, we’re still a long way away from complete carbon neutrality for those behind the wheel. Many of these inventions are still very early in development and cost an awful lot to refine for public use. It’s certainly a worthy goal to pursue when we consider that dirty air contributes to 40,000 deaths a year in Britain6. What is key to all this though, is that all parties are on board. No matter your employer, a cleaner environment is in all of our best interests. Here’s to hoping that these partnerships can yield fruit sometime soon, and that trucking can work in harmony with nature rather than against it.