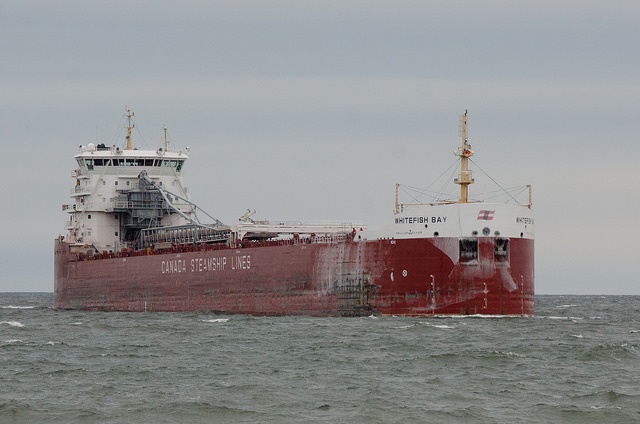 There are also benefits to climate change. One of them is the increase of possibilities to use the Arctic sea for trans-Arctic shipping routes. Due to the reduction in summer Arctic sea ice the Arctic Ocean can be used as a shortcut between Pacific and Atlantic ports for increasing (summer) periods in future decades.

When these routes cannot be used, sailings from Europe and North America to East Asia currently go via the Suez Canal and the Panama Canal, respectively. These sailing routes currently take 30 days for routes between Europe and Asia (from Rotterdam to Yokohama) and 25 days for routes between North America and Asia (from New York to Yokohama). Trans-Arctic shipping routes substantially reduce the sailing distance compared with Suez and Panama Canal routes, and could result in large cost savings due to reduced fuel consumption and increased trip frequency. Shorter shipping routes also have the potential to reduce global shipping emissions. European trans-Arctic voyages may take as little as 17 days, and North American voyages may take only 20 days.

Transit conditions are optimal around September. Open water vessels (with no specific ice strengthening) can use trans-Arctic routes for at least 30% of the Septembers in the period 2015 – 2029. For late century (the period 2075 - 2089) this percentage increases to 68% and 100% for a low-end and high-end scenario of climate change, respectively.

These percentages illustrate that the average journey time between Europe/North America and Asia currently is still dominated by the Suez and Panama Canal routes, but this will switch gradually towards the trans-Arctic routes. As a result, the average minimum journey time for all European (Arctic + Suez) voyages using open water vessels will decrease from 26 days in 2015– 2029 to 20 - 23 days by mid-century and 17 - 22 days in 2075 - 2089. The range in number of days refers to low-end and high-end scenarios of climate change. Reductions in sailing time are less striking for North America because the route via the Panama Canal takes a minimum of only 25 days: this may reduce to 20 - 22 days.

Along with a reduction of average journey time, the season for trans-Arctic shipping will become longer. By the end of the century the majority of the Arctic Ocean is expected to be open water for half the year. For a high-end scenario of climate change, by late century trans-Arctic shipping may be potentially commonplace, with a season ranging from 4 to 8 months. For a low-end scenario, with global mean temperature stabilization of less than 2°C above preindustrial, the frequency of open water vessel transits still has the potential to double by mid-century with a season ranging from 2 to 4 months.

Needless to say that the opportunities for trans-Arctic shipping not only depend on Arctic sea ice changes but on other logistic, economic, and geopolitical factors as well. Also, the values presented above are average trends, whilst Arctic sea ice extent varies from year to year. This inter-annual variability will remain a significant factor in route availability throughout the 21st century, motivating increased efforts in seasonal to inter-annual forecasting.