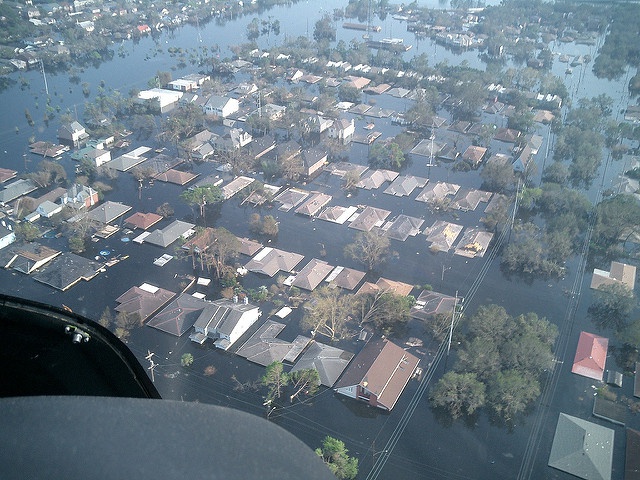 Effects of climate change extremes cannot be understood independently of larger social, economic and cultural changes. According to disaster risk experts hazards themselves rarely create disasters, but instead it is the context in which the hazard occurs that contributes to disastrous outcomes. This is relevant to climate change-related extreme events as well. The context in which climate extremes and hazards occur is constantly changing as a result of many factors, including rates of economic development and natural resource exploitation, urbanization, deforestation, land use changes, rising global food prices, warfare, corruption, trade dependency, macroeconomic policies, etc.

The relationship between disasters and fragility is often mutually reinforcing: disasters put additional stress on already stretched governance systems, decrease economic opportunities, reduce resources, and displace people. A lack of safety nets, preparedness, insurance mechanisms, and other methods to cope with the impacts of disasters can fuel grievances, especially if government or international assistance is inadequate or inequitably distributed. Poorly designed humanitarian interventions can also exacerbate tensions and increase the risk of conflict. In addition, in fragile and conflict-affected situations, disasters can undermine or override efforts to bolster resilience, increasing the severity of the disaster’s impact. Conversely, disaster risk reduction and effective disaster management efforts can provide opportunities to improve resilience to climate-fragility risks and build peace.

It is estimated that global costs of weather-related disasters alone have increased from an annual average of USD 8.9 billion in 1977-1986 to USD 45.1 billion in 1997-2006. Floods and drought are among the most prominent causes of these disasters. From an assessment of historical droughts (from 1900 to 2004) it was concluded that ‘more than half of all deaths associated with natural hazards are now classified as drought related, and only floods rank higher in terms of the number of people affected.’

Not just the damage due to floods, but also the frequency of floods has increased, both in Europe and worldwide. Flood risk increase over recent years has mainly resulted from the increase of the vulnerability of people and their belongings in flood-prone areas: more people have moved to low-lying areas near rivers and in the coastal zone.

Mortality due to climate change is very likely to increase further through a range of direct effects (such as more intense heat waves, floods, and fires), indirect effects (such as declines in water quality and food security, and changes in disease vectors), and through social and economic disruptions (such as increased poverty and migration).

The increase of disaster frequency is partly linked to urbanization. More than half of the world’s current population lives in cities. Over the next several decades, the largest urban population changes are expected to occur in coastal areas, particularly in Asia and Africa. Economic, social, and environmental costs of extreme events are high in urban areas due to high concentrations of resources and people. These costs are likely to escalate as a result of growing populations in coastal cities, many of which are already highly vulnerable to sea level rise, tsunamis, and other hazards.