Relationship climate change and violence is not that simple! 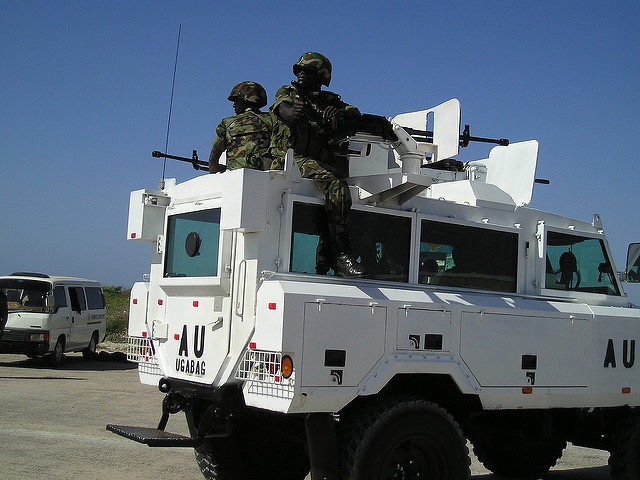 Some scientists link climate change and violent conflict by referring to the Arab Spring of 2011. A heat wave in July 2010 in the wider Black Sea basin led to a food crisis. Heat affected the wheat production of Kazakhstan, Russia, and Ukraine, and production in Romania and Bulgaria witnessed a similar drama on account of heavy rain. The problem intensified with the blazing fires accompanying the drought in the Black Sea region, especially in Russia and Ukraine. This led to a soaring rise of global food prices, which also affected meat and dairy prices. As the major market for this food constituted Middle Eastern countries including Turkey, Egypt and Syria, various responses ranging from protests to revolts followed in return.

The impact of extreme weather, or climate change, and other potential causes of food and water shortages are generally hard to unravel, however. In the media, the war in Syria is sometimes related to long-lasting droughts or climate change. According to a number of experts, it was the Syrian regime’s failure to establish proper water governance and irrigation systems in the south of the country that led to unpreparedness when drought hit harder than usual. While drought led to major internal migration, the reasons were not the drought itself, but the lack of adequate governance.

No clear evidence climate change is leading to armed conflict

Climate change seems to act as a threat multiplier for instability in some of the most volatile regions of the world. However, research does not conclude that there is a strong positive relationship between warming and armed conflict. Concerns about the implications of climate change for security through its impact on water resources have been expressed at the highest political level. Research, however, has still not established a causal link between water scarcity and international or civil violence. Although under certain social conditions they might aggravate the risk of conflict, water scarcity and climate change are overall not found to have an important association with armed conflict, especially if compared to poverty and dysfunctional institutions.

On the other hand, it has been demonstrated that civil conflict risk is associated with current climate variability. This was done for annual variations in the El Niño Southern Oscillation (ENSO) during 1950–2004: annual conflict risk, defined as the probability that a randomly selected country begins a civil conflict in a given year, doubles throughout the tropics when the global climate shifts from the cooler and wetter La Niña phase to the hotter and drier El Niño phase. According to the same study, 21% of conflicts since 1950 are attributable to movements in the global climate away from its most peaceful La Niña state. This study is considered the first to demonstrate that global climate changes, rather than just local or regional changes, have a measurable impact on conflict and stability around the world.

Also, the opposite effect has been discussed: periods of acute scarcity may incline individuals to focus on immediate survival rather than engage in costly, destructive, organized armed violence. Periods of relative abundance, on the other hand, would create more advantageous tactical environments for conflict. Furthermore, research on international river basins shows that issues of water access and water scarcity in many cases lead to cooperation, rather than conflict.

This brings us back to the statement that there is no clear evidence climate change is leading to armed conflict. Among scientists the link between climate change, and conflict and national security is still a controversial topic. On the other hand, disaster and conflict often go hand in hand; in 60 years of peace building operations in 49 countries, in only one case (Kosovo) were there no natural disasters.

Things may change in the future, though. Water may become a cause of war in the future due to climate change. Wars may not be fought over water, but caused by consequences of its scarcity, e.g. rising food prices or scarce arable land. In the words of the G7 members in their recent report ‘A new climate for peace’: ‘Though historically, armed conflicts between states over water are nearly unprecedented, the future may not look like the past’.