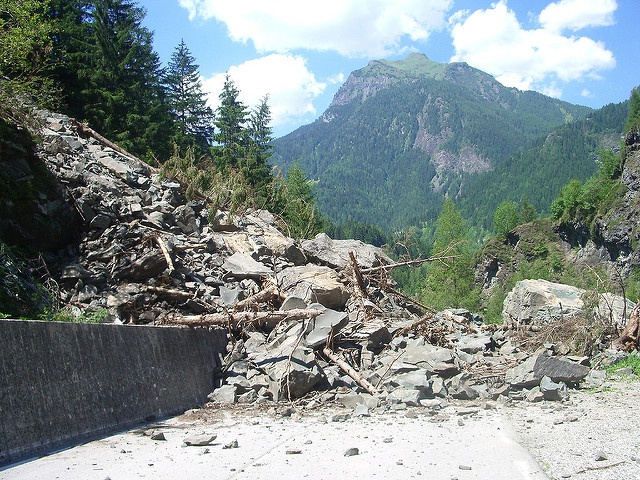 To assess landslide hazard several countries have developed early warning systems. These systems are generally based on a threshold of rainfall that triggers landslides. Rainfall itself, however, does not trigger landslides; it’s the impact of rainfall on destabilization of the soil that counts. Infiltrating rainfall can significantly increase the soil pore pressure and thus induce slope movement. The threshold for landslide triggers, therefore, should be a combination of rainfall and soil saturation degree.

This combination is at the base of the early warning system for shallow landslides of the Civil Protection Centre of Umbria Region, Central Italy. At higher rainfall intensity, this threshold is reached at a lower soil saturation degree. Vice versa, when soil saturation is already high less rainfall is needed to reach the threshold. Currently, landslide hazard is forecast up to three days in the future with this early warning system. The Umbria region is prone to landslides, and specifically to rainfall-induced landslides. More than 500 shallow landslides triggered by rainfall events have been recorded during the period 1990-2013.

A test of this early warning system showed that the system identified more than 86% of a selection of more than 230 landslides that occurred in this period, thus illustrating the potential to use this system as a tool to evaluate the impact of climate change on landslide hazard.

It is to be expected that climate change affects shallow landslide occurrence through changes in rainfall volume and intensity, and temperature, evaporation and soil moisture. For the Umbria Region, this impact was evaluated by feeding projections of climate change for the periods 2040-2069 and 2070-2099 into the early warning system. The results were compared with current landslide risk (reference period 1990-2013). The projections were made with five (global) climate models and a high-end scenario of climate change.