Adaptation for the sake of peace and security 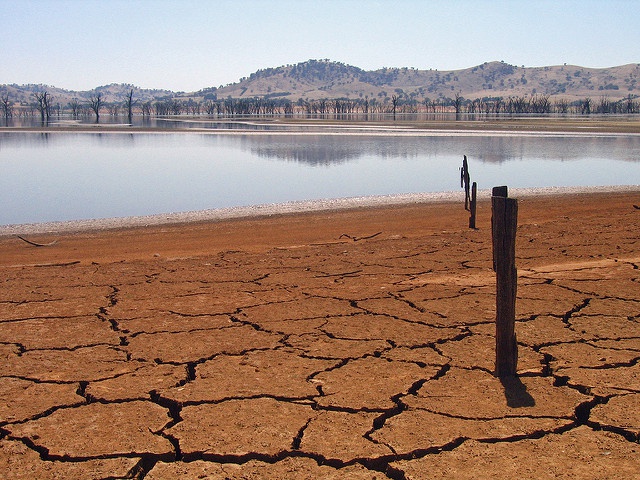 A new climate for peace

In the words of one of our previous articles ‘hazards themselves rarely create disasters, it is the context in which the hazard occurs that contributes to disastrous outcomes’. Thus, adaptation strategies to relieve the impact of climate change on security risks must focus on this context. Basically this means that the resilience of states and societies to climate-fragility risks must be strengthened, and vulnerabilities likewise reduced. According to the G7 members in their 2015 report A new climate for peace this should be achieved through three key policy sectors: programmes on climate change adaptation, on development and humanitarian aid, and on peace building and conflict prevention.

Climate change adaptation programmes help countries anticipate the adverse effects of climate change and take action to prevent, minimize, and respond to its potential impacts. Development and humanitarian aid help states and populations build their economic, governance, and social capacities and improve their resilience to shocks. Peace building and conflict prevention address the causes and effects of fragility and conflict by reducing tensions and creating an environment for sustainable peace.

The G7 members stress the importance of food security, disaster risk reduction, and trans boundary water disputes. For the latter focus should be on stronger institutions, better dissemination of knowledge and encouraging cooperation between governments in trans boundary river basins. Equitable and effective natural resource management can help reduce fragility and prevent the consequences of climate change, including increased competition over limited resources, from escalating into violence.

In its paper on climate change and security the European Commission stresses that the EU needs to ‘continue and strengthen its leadership’ on climate change adaptation, and enhance its capacities to reach this goal. Prevention of disasters and conflicts, and preparedness to respond to them in an early stage, must be improved. This calls for monitoring and early warning that includes focus on tensions over resources and energy supplies, environmental and socio-economic stresses, threats to critical infrastructures and economic assets, border disputes, impact on human rights and potential migratory movements. Cooperation with third countries should focus on enhanced support for climate change mitigation and adaptation, good governance, natural resource management, technology transfer, trans-boundary environmental cooperation, institutional strengthening, and capacity building for crisis management.

The clock is ticking

In 2008 the German Advisory Council on Global Change stressed ‘the need to take resolute climate policy action within the next 10–15 years, in order to avert the socioeconomic distortions and implications for international security that will otherwise intensify in subsequent decades’. Eight years have passed since then. The clock is ticking. At that time the council estimated climate-induced security risks to begin manifest themselves in various regions of the world around 2025–2040.

‘Back to normal’ leaves people vulnerable

Disaster risk reduction and climate change adaptation should be integrated to make states and societies more resilient to climate-fragility risks. In combination this should lead to vulnerability reduction. Yet, a link between them has been more or less absent over the last years. This was illustrated very clearly in the IPCC report Managing the risks of extreme events and disasters to advance climate change adaptation in 2012. So far, humanitarian responses to natural disasters focused on relief and recovery processes to bring societies back to ‘normal’. These ‘normal’ conditions, however, often contributed to society’s vulnerability. One needs to understand and address the underlying factors and vulnerabilities that turn hazards into disasters.

Risk reduction and adaptation strategies must be carefully tailored to individual, household and community needs. This must be done in close collaboration with local communities (bottom-up), in a language the local population can understand. Vulnerable people are not passive victims but citizens capable of preventing disasters and adapting to climate change within their own communities.

There are limits to risk reduction and adaptation

We cannot reduce the impact of climate change on security risks to zero. There are likely to be limits to the potential for disaster risk reduction and climate change adaptation to enhance human security in the face of climate change. Measures may be too costly, for instance, or cannot take away constraints of urban land use and conversion of natural habitats to agriculture, over-exploitation of resources such as fisheries, and other stresses such as pollution loading to terrestrial and marine environments. Six broad categories of limits to adaptation have been discussed in the scientific literature: physical and ecological limits, technological limits, informational and cognitive limits, social and cultural limits, institutional political limits, and financial limits.

With respect to the financial limits a wide range of numbers has been published on the costs to adapt to climate change, ranging from several to over 100 billion USD a year globally. Whatever these costs may be, they are significant. Especially in developing countries there are real financial barriers to implementing adaptation in a sustainable manner. Rich countries have to step in for them. Not just because they are the ones responsible for climate change: it is also in their interest to make the world more secure.

This article is part of a series on the impact of climate change on Europe’s security. Previously, the following articles have been published: