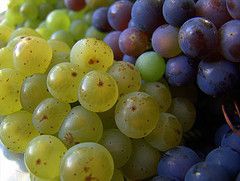 The adaptive capacity and vulnerability of wine production under climate change and fluctuating market forces was analysed for France, Italy, Spain, Germany and Portugal, including the 39 major wine regions of these main European wine-producing countries.

According to the results of this study wine farms show considerable potential to improve their economic performance, and thereby ease their situation in a global change scenario. The results reveal high levels of technical inefficiency, despite substantial efficiency improvements over the period of analysis (1989–2008). It was concluded that on average, European wine farms realise only 57.8 % of their maximum output potential with proper use of available resources. The potential for production improvement is greater in southern regions of France and Portugal, and practically all regions of Italy and Spain, where the highest levels of inefficiency can be observed.

A significant variation in climate conditions, as predicted for the near future, could alter the current geography of high-quality wine production, especially in southern Europe.