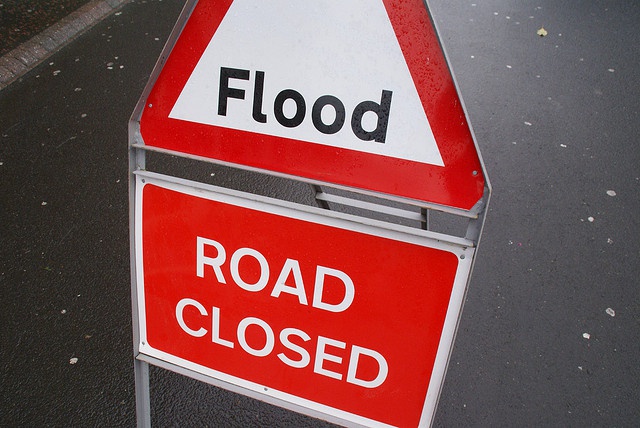 Estimates based on a combination of climate and flooding models indicate that river floods affect some 216,000 people every year in Europe. The estimated annual damage for Europe is 5.3 B€ (referring to the period 1976–2005). Climate change may strongly increase the annual damage and number of exposed people. Under an upper-end scenario of climate change (the high level RCP 8.5 scenario of greenhouse gas concentration, corresponding to over 4°C warming before 2100), the socio-economic impact of river floods in Europe is projected to increase by an average of 220% by the end of the century, due to climate change only.

Central estimates of population annually affected, both due to climate change and socio-economic developments, are within 500,000 and 640,000 in 2050 and within 540,000 and 950,000 in 2080. Larger variability is foreseen in the future economic growth and consequently in the expected damage of flooding, with central estimates at 20–40 B€ in 2050 and 30–100 B€ per year in 2080. These results are based on realistic flood protection levels in European countries as mapped by.

According to these calculations, the increase of expected annual damage in 2080 is highest for Italy, Hungary, Austria and Slovakia. The projected increase of the number of annually affected people is highest for Belgium, Austria, Slovenia and Slovakia. In Finland and in Lithuania, annual damage and number of people affected may decrease between now and 2080 due to a reduction in snowmelt- driven floods.

The estimates above refer to large rivers only; the impact due to flash floods, surface water flooding and coastal floods is not accounted for.