DISASTER: database on floods and landslides in Portugal 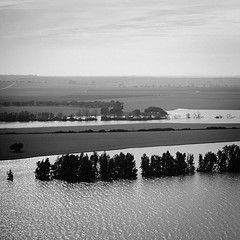 In Portugal, during 1865-2010 1,621 disastrous floods and 281 disastrous landslides were recorded that led to casualties or injuries, and missing, evacuated or homeless people (Azores and Madeira were not considered). These occurrences were responsible for 1,251 casualties. More than half of this number of casualties was due to a single flash flood event in the Lisbon region in November 25–26, 1967. During 1865-2010 no increase in the number of events in time can be observed.

The majority of cases (85.2 %) were floods that caused 81 % of total casualties. Clusters with high density of flood cases are observed in the Lisbon region and the Tagus valley, in the Oporto region and the Douro valley, in the Coimbra region and the Mondego valley and along the Vouga river Valley. Most floods occurred in November to February (75.6 % of total flood cases), while landslides tend to concentrate from December to March (73 % of total landslide cases). Floods and landslides are mostly concentrated in the western coastal zone from Setúbal to Oporto, where natural conditions are favourable to floods and landslides, and population density is high.