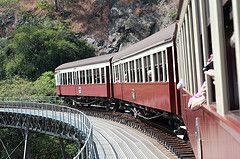 During 1998–2010 the total annual weather-inflicted damage costs across all transport modes (road, rail, aviation, inland navigation and maritime shipping), weather categories and European regions were estimated to be €2.5 billion. These costs refer to very extreme events only; damage estimates might be 10 times higher when all adverse weather conditions are considered. The indirect costs, such as production losses due to delayed or cancelled deliveries or business trips or damages of cargo, have been estimated to amount an additional 20%.

The most affected transport mode in Europe is road transport, which bears ca. 80% of total costs, followed by air (16%) and rail transport (3%). Infrastructure assets and operations account for the highest losses: 51% of total costs (43% asset and 8 % operations) followed by users’ costs (delays and accidents). Severe winters and floods have the largest impact on the transport system, with winters accounting for 43% of the costs and floods 39%.

The costs of €2.5 billion are largely due to road traffic. However, broken down to passenger and ton kilometers the highest risk is borne by rail traffic due to its expensive infrastructures and its comparably complex operating structure. This indication even amplifies when looking at 2040–2050: while average road transport costs will only rise by 7% due to milder winters, rail traffic costs may increase by up to 80% due to more floods and less predictable winter periods. These results are highly uncertain, however.

Railways are the losers of climate change thanks to their expensive—and therefore vulnerable—infrastructure and their complex vehicle routing system and high safety standards.