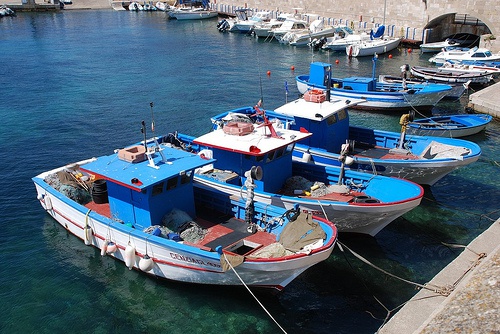 The Mediterranean Sea is warming in both shallow and deep waters. This warming is part of global climate trends and not a regional phenomenon.

Fisheries landings fluctuations of the seven Mediterranean EU member states (Spain, France, Italy, Slovenia, Greece, Malta and Cyprus) during 1985-2008 were examined for the most abundant commercial species (59 species) and showed significant year-to-year correlations with temperature for nearly 60 % of the cases. From these, the majority (~70 %) were negatively related and showed a reduction of 44 % on average. Increasing trends were found, mainly in the landings of species with short life spans, which seem to have benefited from the increase in water temperature. These results indicate that climate should be examined together with fisheries as a factor shaping stock fluctuations.

The reason why the landings of some species have increased or decreased with temperature oscillations may be related to stock spawning periods. An indirect effect of warming could also be related to food availability (potential modification of fish abundance by climate change through fluctuations in plankton abundance.