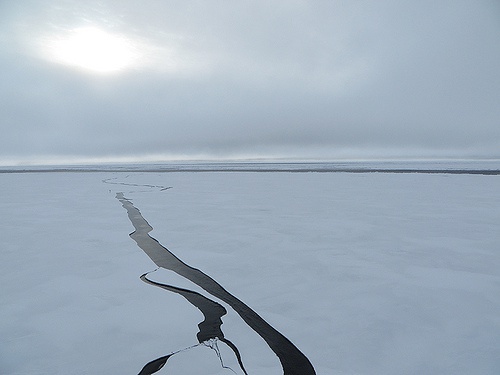 Projections have been made of 21st-century Arctic marine access for the early (2011–2030), mid-(2046–2065), and late-21st century (2080–2099); assuming Polar Class 3 (PC3), Polar Class 6 (PC6), and open-water vessels (OW) with high, medium, and no ice-breaking capability, respectively. These projections are based on sea ice simulations for three climatic forcing scenarios (4.5, 6.0, and 8.5 W/m2; defined in IPCC Fifth Assessment Report); these scenarios are roughly correlative to the IPCC SRES scenarios B1, A1B, and A2, respectively. The projections are compared with the baseline period 1980–1999.

Results suggest substantial areas of the Arctic will become newly accessible to Polar Class 3, Polar Class 6, and open-water vessels, rising from ca 54%, 36%, and 23%, respectively of the circumpolar International Maritime Organization Guidelines Boundary area in the late 20th century to ca 95%, 78%, and 49%, respectively by the late 21st century. Of the five Arctic Ocean coastal states, Russia experiences the greatest percentage access increases to its exclusive economic zone, followed by Greenland/Denmark, Norway, Canada and the U.S.

Trans-Arctic navigation is likely to remain a summertime phenomenon. The Arctic marine environment is likely to be fully or partially ice-covered 6–8 months each year for the first half of the century, and no climate model projects an ice-free Arctic in winter by 2100.