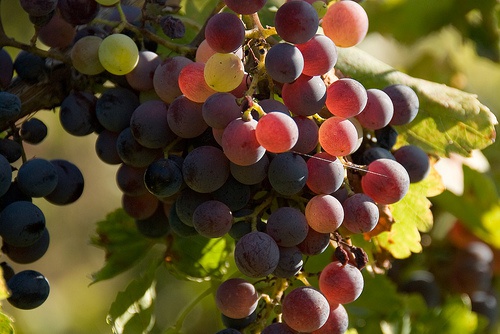 Roussillon is a wine-producing area in southern France. It is situated in the larger region Languedoc-Roussillon, near the city of Perpignan. Languedoc-Roussillon remains the largest wine-producing region in France by both area and volume, with viticulture accounting for one third of agricultural land in 2010. The warm and dry conditions of 2001–2010 have already had negative impacts for producers in Roussillon, and projections suggest that the drying trend will increase in the future. Climatic change will affect both grape yields and wine quality.

The main concern of wine producers is excessive summer water stress, leading to decreasing yields. It was estimated that yields in Languedoc-Roussillon could decrease by 26% by 2080 due to increased water stress alone. This is due to three climatic effects:

Impacts on the quality of harvest

Night temperatures during maturation are particularly important influences on quality. An increase in minimum temperatures during the growing season can have a negative impact on aromas and tannins, and thus on vintage quality. In August, from veraison to harvest, warm nights expose grapevines to a risk of a block in phenolic maturation, leading to excessive berry sugar content, which leads in turn to a need for post-harvest manipulation such as de-alcoholization.

Drip irrigation can be an efficient technique to compensate for an increased water deficit in Mediterranean vineyards. However, several factors hinder the development of irrigation in Roussillon:

One option for producers to adapt to future climatic risk might involve the purchasing of more blocks in areas considered as potentially optimal in the next decades and the selling of blocks more exposed to negative changes in climate. However, current AOC regulations limit the spatial expansion of wine-producing areas.

The choice to cultivate a particular variety of Vitis vinifera depends not only on trends in consumer demand and suitability to the local bioclimatic conditions, but also on AOC regulations. Current AOC legislation for Côtes-du-Roussillon-Villages established the use of two or more varieties to produce classified red wine: one variety must be either Grenache and Syrah, and the other Carignan or Mourvedre. Again, appellation rules may need to evolve in an iterative manner to support long-term adaptation.