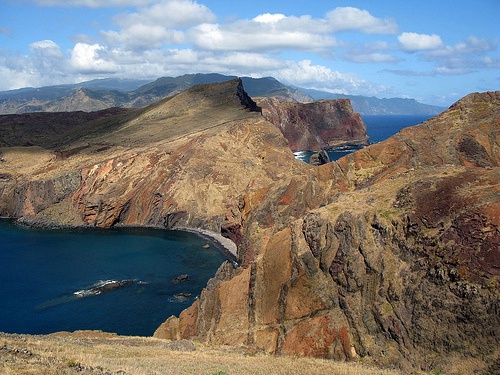 Natural disasters by landslides and floods are frequent events on Madeira Island, a Portuguese archipelago in the North Atlantic; they are usually of single spatial occurrence and interminable to record over time.

Heavy rainfall on February 20, 2010, triggered numerous shallow rapid landslides across Madeira Island. At high elevations, rainfall up to 383 mm was recorded in a 24-h period, which is approximately two-thirds of the annual amount of precipitation for the Island. Intense flooding followed the heavy rainfall. The rainfall triggered landslides throughout the island which blocked and damaged roads, isolating communities and delaying emergency responses. Debris flows washed out river beds and channels and buried low-lying urbanized areas with woody debris and sediments. At least 42 people died. Property loss was estimated to be 1.4 billion €.

Due to anthropogenic influences caused by urban development and population expansion, the event demonstrated the increased vulnerability of the island’s infrastructure. The anthropogenic impact on the extent of the hazard becomes obvious due to poor settlement planning and drainage system modification.