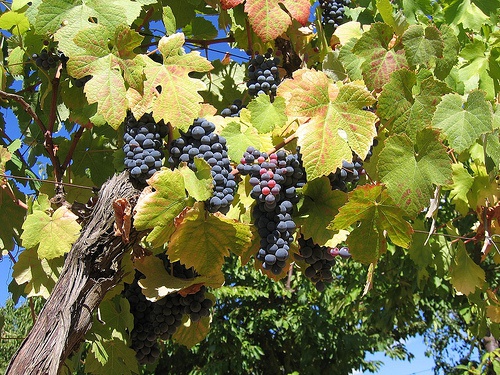 A qualitative assessment of the effect of future climate change on Douro wine production was undertaken using information from climate change simulations (IPCC scenarios A2 and B2) from the PRUDENCE  project for 2071–2100 compared with 1961–1990.

According to the IPCC A2 and B2 climate scenarios wine production along the Douro Valley is projected to increase for 2071–2100 compared with 1961–1990 because of the combined effects of temperature and precipitation in late spring and early summer.

According to these climate scenarios, projected values of wine production in the Douro region for 2071–2100 indicate an increase in both the mean and standard deviation, respectively, of 6% and 4% for the B2 scenario, and of 24% and 35% for the A2 scenario, relative to the control run (1961–1990).

The estimated increase in wine production is attributable to the increase of the mean difference between the maximum temperature in July and the minimum temperature in May from 22.4°C in the control run to 23.5 (24.9)°C in B2 (A2) and to the decrease in precipitation in May and June from 73.0 mm in the control run to 64.5 (60.7) mm in B2 (A2). Results showed that high winter rainfall (in March) has a positive impact during the growing stage, whereas higher temperatures during late spring are beneficial for the flowering and véraison stages.