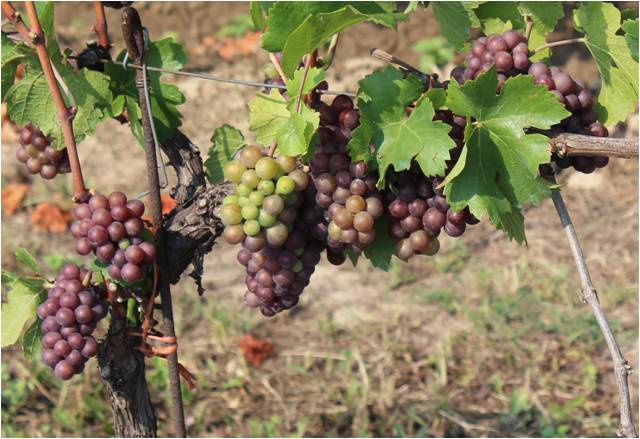 Wine grape suitability is projected to decline in 2050 (mean of 2041–2060) compared with 1961–2000 in many traditional wine-producing regions (e.g., the Bordeaux and Rhône valley regions in France and Tuscany in Italy) and increase in more northern regions in Europe, with high agreement among the results of 17 global climate models. Estimates of the reduction of the area suitable for viticulture in major wine producing regions by 2050 are 25-73% and 19%-62% under high and low climate change scenarios, respectively.

Climate change may cause establishment of vineyards at higher elevations that will increase impacts on upland ecosystems. Attempts to maintain wine grape productivity and quality in the face of warming may be associated with increased water use for irrigation and to cool grapes through misting or sprinkling, creating potential for freshwater conservation impacts.

Redistribution in wine production may also occur within continents, moving from declining traditional wine-growing regions to areas of novel suitability, as well as from the Southern Hemisphere to large newly suitable areas in the Northern Hemisphere. The actual extent of these redistributions will depend on market forces, available adaptation options for vineyards, and continued popularity of wine with consumers. Even modest realization of the potential change could result in habitat loss to viticulture over large areas.

There are examples of adaptation strategies where wine growers maintain productivity and quality as well as minimize freshwater withdrawals and terrestrial footprint: