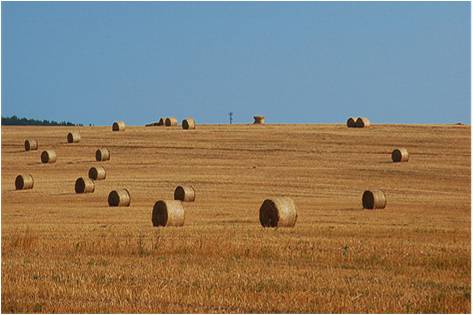 In absence of adaptation, the currently most productive part of Russia is likely to suffer from decreasing yield of cereals. Although agricultural production increases in some regions, overall the mean yield decreases considerably due to more frequent droughts in most production regions, including North Caucasus.

Modern Russia is a country with a transitional economy, which comprises the elements of both free market and administrative control inherited from developed socialism. On the national level, the wholesale and retail prices for agricultural produce are generally governed by supply and demand. However, strong administrative control over agricultural activity and wholesale prices on regional level still exists in many regions of Russia.

The system of administratively controlled interregional food exchange in Russia is characterized by restricted food trade across region borders inside the country, especially, in years of poor harvests. It was established by regional authorities in order to protect the local agriculture business from competitors and to secure the internal food reserve and/or low prices. It has been pointed out that this administrative control over food production and trade leads to elevated risk of food stresses in the new climate. Further, elevated danger of food stress, mainly in non-productive regions, can potentially escalate separatist tendencies in production regions as they try to secure their own consumption by making the barriers even higher. At the same time, the risk of frequent future food stresses can be mitigated if Russia successfully develops free market relationships between regions.

The frequency of years with a high food stress may be decreased through a better working system of interregional grain transportation (‘Open Market’ scenario). In addition, this would stimulate agricultural specialization of regions, making them better adjusted to the local climate, landscape, and soils. As a result, it will be easier for the profit-oriented regional agriculture to adapt to changing climate via shifting to better suited crop varieties and management. Under the current system, regions prefer to keep all main crop varieties even at the expense of lower yields.