Is climate change a driver of armed conflict? 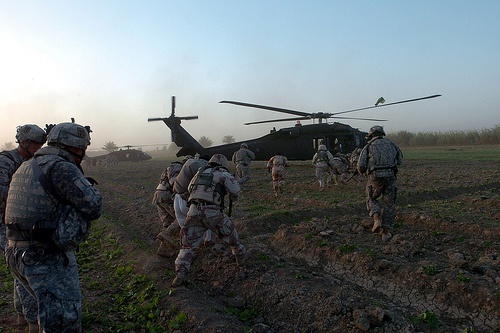 Three effects of climate change are frequently assumed to lead to loss of livelihood, economic decline, and increased insecurity either directly or through forced migration: natural disasters, sea-level rise, and increasing resource scarcity due to changes in precipitation and temperature:

From the available scientific literature the impact of climate change on security is yet unclear. Although comparative research on security implications of climate change is rapidly expanding, major gaps in knowledge still exist. Taken together, extant studies provide mostly inconclusive insights, with contradictory or weak demonstrated effects of climate variability and change on armed conflict.

The only mechanism linking climate change to conflict that has been assessed concerns economic growth. This is mainly due to considerable disagreement or lack of knowledge on the intermediate linkages between likely consequences of climate change and violent conflict as well as data constraints.