Changes in natural hazards in Norway 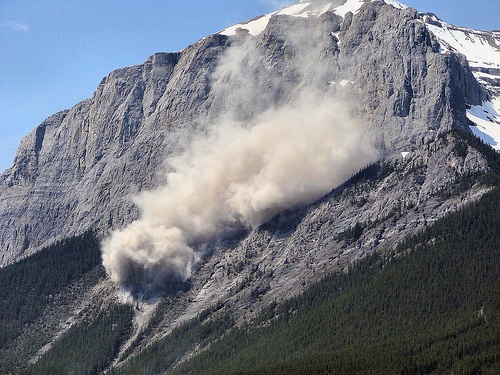 Infrastructure at higher elevations, such as mountain roads, ski resorts, and cabin communities, might experience more snow avalanches than a few decades ago due to more frequent and intense snowfall in these areas, and possibly also due to more available snow. Another facilitating condition for snow avalanches might be more events of rain on snow, since more winter precipitation comes as rain, and rainfall events seem to be more intense.

The number of recorded landslide events has increased exponentially since 1960, but not necessarily due to climate change. More likely, any natural changes in release frequency are masked by a combination of

Still, it is likely that some hazards, such as debris flows and floods, which are closely related to intense and prolonged rainfall, have become more frequent as positive trends are observed in rainfall variables in most places.

Precipitation events during more than 3, 10, or 30 days have been the most important parameters for triggering mudslides and landslides in southern and southwestern Norway in the past. Thus, with the detected positive trends in precipitation variables in this region, such hazards are possibly more frequent than previously.

More frequent near-zero  (freeze-thaw) events along with more heavy rainfall might trigger a larger number of rockfalls and rock slides due to decreased rock stability.