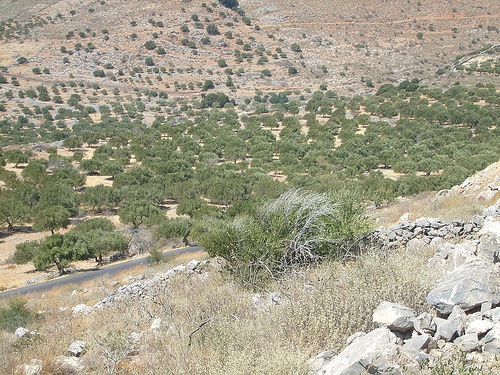 For a basin on the isle of Crete future changes in drought characteristics have been assessed by projecting changes in flow, soil moisture and lower groundwater reservoir volume with respect to a threshold level (the level that these parameters values exceeded 80% of the time). This was done for three global climate models (GCM’s) and two greenhouse gas emission scenarios (SRES B1 as the lower, and SRES A2 as the higher limit scenario). Results show a decrease in precipitation and an increase in temperature from 2001 to 2100, resulting in 18-56% decrease of flow, 15-34% decrease of soil moisture and 22-65% decrease of groundwater reservoir volume (lower and upper values for B1 and A2, respectively).