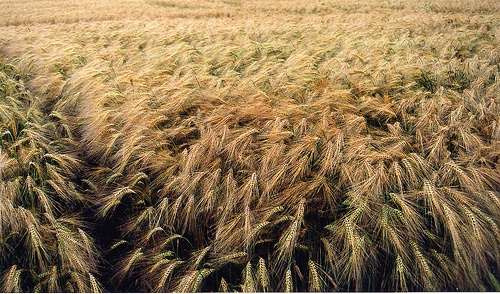 The impact of projected changes in climate, atmospheric CO2 concentration and technological development on crop yield has been studied for 25 EU countries for the period 2041–2064 compared with the period 1983–2006. This has been done for grain maize, potatoes, sugar beet, winter barley and winter wheat, and for a selection of General Circulation Models (GCMs) and three emission scenarios (SRES B1, A1B and A2) that span the range of changes in temperature and precipitation by the mid-21st century.

The results suggest that in these countries the negative effects of climate change on crop yields range between 12% and 34% depending on the crop and region. Climate change effects are less pronounced for winter cereals (barley and wheat) as compared to tuber crops (potatoes and sugar beet) or other spring crops (maize). One possible explanation, still subject of further investigation, is the longer vegetative period for winter crops which may allow the winter crops to better cope with extreme events such as drought spells in spring. Also, changes in growing season length due to temperature increase will be relatively smaller in winter as compared to spring crops. The simulations with the driest scenario A1B resulted in the strongest negative influence on yields.

The results also suggest that increasing atmospheric CO2 concentration stimulate yields in wheat, barley, sugar beet and potatoes by 14%, 11%, 14% and 7%, respectively. However, most substantial yield changes were projected when considering the effect of technology development. The yield decreasing effect of climate change was compensated and partially superseded when atmospheric [CO2] elevation and technology development were taken into account which is in good agreement with earlier research.

For the winter cereals yield increases of 30% and more are projected compared to the baseline for most European regions under the combined impacts of climate change, increasing atmospheric CO2 concentration and technology development. There are small areas on the Iberian and Italic peninsulas were yield decreases are projected compared to the baseline. These declines are mainly due to the pronounced negative climate change effect which could not be compensated for by the positive effects of increasing atmospheric CO2 concentration and technology. For potatoes and sugar beet yield increases are also simulated for most regions in Europe except for some areas in Southern Europe (Italy, Greece and Spain), and few regions in Poland and Finland, but in most of the cases the decreases do not surpass 10% in relation to the baseline period. For grain maize the spatial variability in yield changes ranges between <−30% to >30%. Yield increases are highest in South-western Europe and yield declines are mainly projected for Eastern Europe.