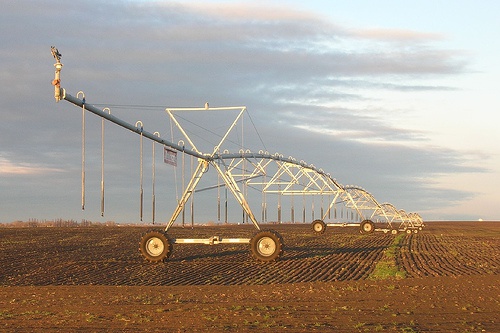 Crop irrigation is responsible for 70% of humanity’s water demand. Globally, the area equipped for irrigation grew six fold to nearly the size of India between 1900 and 2005. This expansion occurred rapidly at a rate of nearly 5% per year during the period 1950s–1980s, but it has slowed down since the late 1990s when the growth rate decreased to <1% per year. For the coming decades, the global area of irrigated land is not expected to expand dramatically due to limited land and water available.