Climatic impacts on winter wheat yields in France and Russia 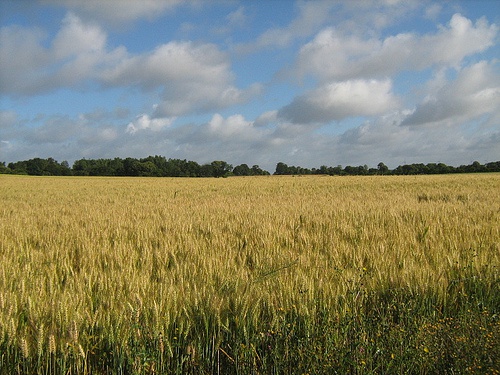 The impact of climate change in recent decades on winter wheat yields has been studied for two wheat producing regions that are critical for the global market—the Picardy Region of northern France and the Rostov Oblast of southern Russia. In 2006, these regions produced approximately 1.4% of the total world production that year. As a whole, Russia and France are currently the fourth and fifth largest wheat producing countries in the world.

The 11% decrease in yield trends as a result of climate change is in line with conclusions from previous research that the changing climate has negatively affected winter wheat yields in the country; climate change may be responsible for the yield stagnation that has been observed there.