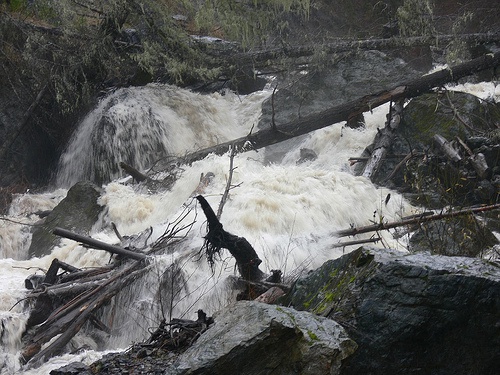 Alpine countries suffered from economic losses of € 57 billion caused by natural hazards—only in the period from 1982 to 2005. The extensive flood in the Alpine region in August 2005, for instance, caused monetary losses of € 2.6 billion in Austria, Switzerland, and Germany. Flood losses already account for two-thirds of all economic losses in the European Alps due to natural disasters in the period from 1980 to 2005.

The spatial development of the assets at risk in the Alpine Lech Valley, particularly of residential areas, due to land use changes has been studied over a historic period (since 1971) and up to possible shifts in the future (until 2030). Historical, present, and future land use data were combined with three inundation scenarios: return period of 30, 100 and 200 years. ‘Worst case’ inundation scenarios were assumed by disregarding technical protection in the inundation scenarios and deriving the total loss to assess and compare the upper limit of potential damage over time.

The analysis revealed land use changes in the alpine study area like urbanization and the decline of agriculturally used grassland areas. Although the major agglomeration of residential areas inside the flood plains took place before 1971, a steady growth of values at risk can still be observed until now. Even for the future, the trend is ongoing, but depends very much on the assumed land use scenario and the underlying land use policy. The annual growth rate of the damage potential of residential areas amounted to 1.1 % between 1971 and 2006; this growth rate is projected to continue by 1.0% between 2006 and 2030 (‘constant values,’ i.e., asset values at constant prices of reference year 2006).

Recently, the Lech River has been widened and renaturated, which may have reduced the flood peak. For the upcoming years, flood control strategies are limited to the improvement of existing dams or construction of pebble and boulder traps close to the built-up areas as the Lech River was declared as ‘Natura 2000’ protection area in 2000.