Vulnerability hotspots for wheat and maize 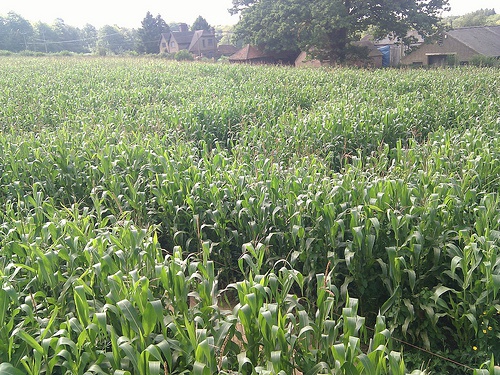 The world’s cereal producing regions have been identified that are likely to become vulnerable to climate change over the 21st century by identifying those regions that will be (1) exposed to climatic stress and (2) have a limited capacity to adapt. Model projections on available soil moisture were made to identify regions likely to be exposed to drought under the SRES A1B and B2 emissions scenarios for the 2050s and 2080s. These regions were compared with model projections of adaptive capacity based on agricultural, meteorological and socio-economic data. These projections were compared with the baseline period of 1990–2005. “Vulnerability hotspots” were identified for wheat and maize, a vulnerability hotspot being defined as a region where both a decline in adaptive capacity and in available soil moisture is projected.

The results suggest there are perhaps five wheat and three maize growing regions likely to be both exposed to worse droughts and a reduced capacity to adapt. The “vulnerability hotspots” for wheat are: southeastern USA, southeastern South America, the northeastern Mediterranean, and parts of central Asia. For maize, the suggested vulnerability hotspots are: southeastern South America, parts of southern Africa, and the northeastern Mediterranean. This analysis did not consider the effects of available ground water on adaptive capacity, however.