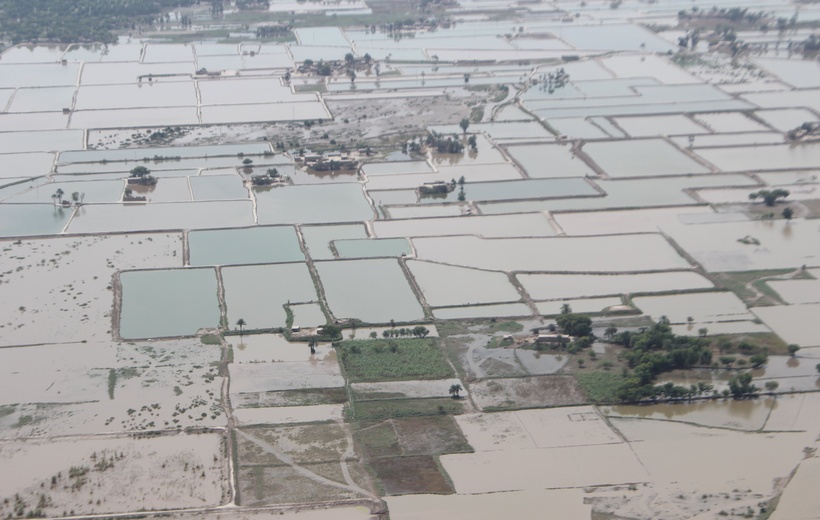 The world needs to adapt to sea level rise, changes in storm surge and extreme waves, higher peak river discharges and flash flooding, but a large part of the global population lacks the financial means to do so. Researchers looked at this and quantified the number of people in high-, middle- and low-income countries that would be exposed to a 1-in-100-year flood event without adequate flood protection. They looked at all kinds of flooding: from heavy downpour (pluvial), the rivers (fluvial), and the sea (coastal).

According to their estimates, globally and without dykes, 1.81 billion people live in locations that get flooded by at least 15 cm of water in the event of a 1-in-100-year flood. In other words, without adequate flood protection, nearly one in four of the world’s population has at least 1% chance of getting wet feet, or worse, every year. Nine out of ten of them – 1.61 billion people – live in low- and middle-income countries. These figures highlight the significant risks faced by developing countries. The two most populous countries, India and China, have the highest absolute exposure headcounts with 390 million and 395 million, respectively, and account for about one-third of all people exposed to flood risk globally.

One out of ten of the 1.81 billion people that would be exposed to flooding without adequate flood protection – 193 million people – live in high-income countries. For these people, the results in this study are ‘imaginary’: they do have adequate flood protection and coloring a 1-in-100-year flood level on a world map for these countries has no real meaning. Take The Netherlands, for instance. This country has the highest percentage of a country’s population living in areas that would face at least 15 cm of flooding in the event of a 1-in-100-year flood without considering flood protection systems. Naturally, the researchers also stress that this number has no real meaning in terms of ‘flood risk’. The Netherlands has the world’s most comprehensive flood protection systems. It is extremely unlikely that a 1-in-100-year storm surge at the coast or peak river discharge would result in flooding somewhere in the country.

A reality for the poor

Forget about the ‘imaginary’ numbers for high-income countries. That’s not the core message of this study. For nine out of ten ‘flood exposed’ people this exposure is not imaginary at all. A 1-in-100-year flood event presents a real risk for them.

The contrast between the vulnerability of people living in low-lying areas in high-income countries versus those living in low- and middle-income countries becomes even more dire when focusing on the economic risk of flooding. Again, under the assumption of no flood protection, $9.8 trillion of economic activity is exposed to flooding in a 1-in-100-year flood event. 84% of this is located in high- and upper middle-income countries. As a result, in the words of the researchers, ‘planners would bias their attention toward areas with high-value assets and large resources. But in so doing, they risk overlooking areas with high socio-economic vulnerability, where flood risk mitigation measures are most urgently needed to protect lives and livelihoods’. Low- and lower-middle-income countries account for 52% of exposed people, but only 16% of exposed economic activity.

The study shows that of the 1.81 billion people exposed to flooding worldwide, around 780 million live in high-risk flood zones while living on less than $5.50 a day. This means that four out of every ten people exposed to flood risk globally are living in poverty. At least 170 million are living in extreme poverty – on less than $1.90 per day – 88% of which in Sub-Saharan Africa and South Asia.

The researchers conclude that, under current conditions, more people than previously known are exposed to flood risks. What’s more, climate change and urbanization are expected to further aggravate these risks in coming years. The world needs to adapt but, when prioritizing investments in flood protection, chances are that those investments will be concentrated in high-income countries and economic hubs, simply because the economic value of assets and activities that need to be protected are relatively high there. As a result, low-income countries would remain disproportionately exposed to flood risks and continue to be more vulnerable to disastrous long-term impacts.