Rewetting our peatlands not only serves the climate 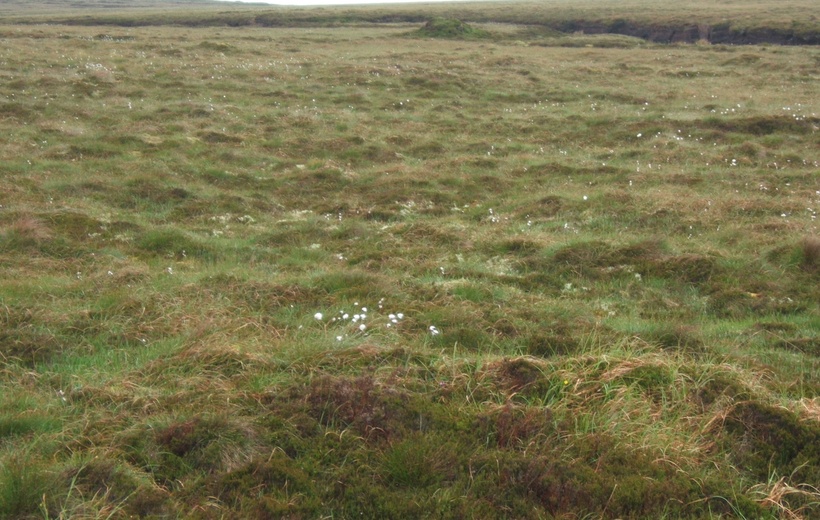 From carbon sink to carbon source

Almost 10% of the total land area in Europe is covered with a layer of peat. These peatlands contain a large proportion of organic carbon. In many countries, peatlands have been drained over centuries, mostly for agriculture and forestry. Globally, about 10% of all peatlands are drained. This number is much higher in many peatland-rich European countries. In the European Union, on average, more than 50% of the peatland area is in a drained state. Peatland drainage has led to enormous emissions of CO2.

Current focus of carbon sequestration is mostly on forests and much less on peatlands. Peatlands cover only 3% of global land area but store twice as much carbon as the entire world’s forest biomass. Drained peatlands may gradually lose much more carbon than any tree stand can store. Besides, there is a risk of releasing great amounts of carbon to the atmosphere by wildfires.

Large-scale drainage and turning peatlands into intensively used grassland and arable land have led to the loss of peatland-specific biodiversity and the mobilization and discharge of nutrients to groundwater and surface water. Peatland drainage has also induced soil subsidence due to compaction of the soil and because the organic carbon oxidizes when exposed to the air and literally disappears into the sky. Subsidence in turn increases flood risk.

The solution to stop these negative trends, obviously, is to stop drainage and rewet the land. This would stop the release of CO2 and instead would turn the peatlands into a carbon sink again. Rewetting and cessation of high-intensity land use would significantly improve biodiversity and water quality compared with the current status. What’s more, rewetted peatlands can still be used for commercial application.

Commercial land use on rewetted peatlands is called ‘paludiculture’. This includes producing biomass while facilitating peat accumulation and providing many of the ecosystem services associated with natural, undrained peatlands. Crops can be grown for a whole range of products and applications, including human consumption and fodder, as raw material to produce horticultural growing substrates, for bioenergy and as a resource for bio-based materials such as insulation, building materials, paper, bioplastics, and even pharmaceuticals and cosmetics. Besides, wet grasslands can still be used as pastures, be it on a less intensive scale.

The transition to paludiculture will have a strong impact on current land users, but the advantages are manyfold. In addition to climate benefits, these advantages include several ecosystem services. The release of nutrients to groundwater and surface water is reduced, and water quality and biodiversity are improved. Rewetted peatlands act as sponges that temporarily store water. This reduces flood risk and creates a buffer for times of droughts. These wetlands also reduce flood risk by reducing – or stopping – land subsidence. In fact, peat forming may restart and ground level height may rise again.

Both political support and scientific evidence for peatland rewetting as an important climate change mitigation option are increasing. Progress in peatland rewetting is very slow, however. Millennia-old natural peatlands are still being drained and abandoned after they have been destroyed. A side note here is that peatland rewetting can only be realized for large areas and not for relatively small pieces of land. The shift to rewetting peatlands must not be a matter for individual landowners, but for society as a whole.

Bending the trend for peatlands will not happen by itself. Society must be prepared to pay for the ecosystem services provided by the new way of farming so that farmers can make a good living. And more research will be needed on the kind of crops to be grown, the most effective water management strategies for crop yields and the environment, and the economics of paludiculture. According to the experts, the market for most paludiculture products – such as raw materials for bioenergy and bio-based materials – is not yet functional and business models are still under development. Incentives should be developed to stimulate the implementation of paludiculture, including accounting for reduced emissions of greenhouse gases (carbon credits), water purification, water retention and storage (blue credits), and biodiversity.

But there is a light at the end of the tunnel. Large-scale rewetting of drained peatlands is bound to happen. It’s just a matter of time. After all, zero net CO2 emissions by 2050 – a goal laid down in the Paris Agreement – can only be reached by a complete stop of peatland drainage and a reversal of the effects of existing drainage.