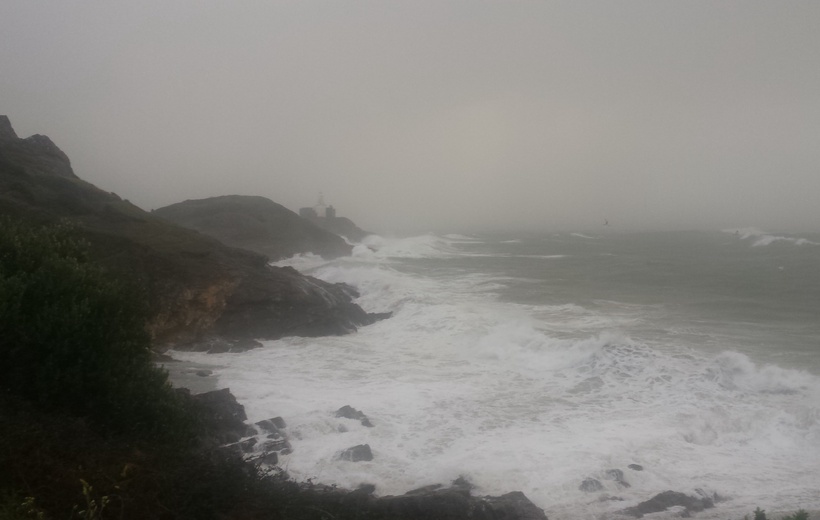 This finding is important for coastal flood protection.

Flood protection is generally designed to protect societies against extreme sea levels that can occur with a certain probability, say – for instance – once a century. The return period of these extreme events will change much more rapidly for a certain sea level rise at coastlines where the contribution of storm surges, tides and waves is relatively small. A few decimeters of sea level rise may shift the likelihood of a current once-a-century extreme sea level to a once-a-decade or even an annual event at a Mediterranean coast while the same sea level rise hardly changes the likelihood of a once-a-century event in Northern Europe. As a result, the implications for flood protection may be much larger for countries bordering the Mediterranean Sea compared with Northern Europe.

Scientists have estimated the impact of future sea level rise on the return period of extreme sea levels globally. More specifically, they looked for the level of global warming that would shift the likelihood of a present-day once-in-a-century event to an annual occurrence by 2100. They focused on the contribution of sea level rise only, and assumed that waves and storm surges would not change. They did so for over 7,000 locations.

By the end of the century the present-day once-a-century extreme sea level would have become an annual event in close to half of the locations considered, even if global warming would not exceed the 1.5 to 2 °C limits of the Paris Agreement. The uncertainty range in this estimate is large, however. On the pessimistic end of this range, this dramatic shift would be a reality for practically all sites. On the optimistic end, this dramatic shift could be avoided for about 70–80% of the locations.

Most dramatic for tropics and Mediterranean

The shift would be most dramatic for coastlines in the tropics and parts of the Mediterranean and the Arabian Peninsula. Here, these 100-fold changes in frequency of extreme sea level events will take place even if global warming in 2100 is limited to 1.5 or 2°C. In coastal regions where tidal amplitudes are larger, at the highest latitudes of both hemispheres, even higher levels of warming will not produce such frequency increases.

These findings are important for local flood risk policy and necessary future improvements of flood protection. Even if the Paris Agreement goals will be achieved, extreme sea level events will be experienced at unprecedented frequencies in many parts of the world’s coasts.