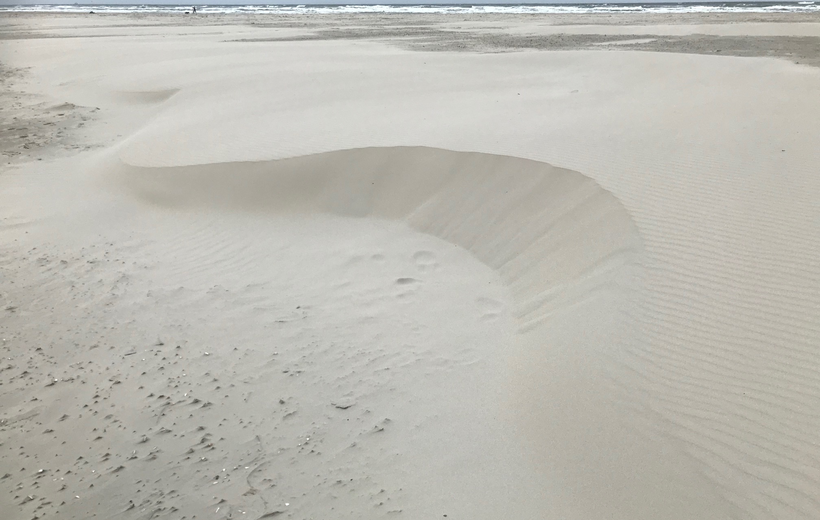 Sandy beaches cover more than a third of the global coastline, a substantial proportion of which is already eroding and this could be exacerbated by climate change. To predict future shoreline change, we need to know past rates of coastal change as well as the extent of future sea-level rise and storms. In a recent study, satellite data have been used to quantify trends of shoreline change in recent years. These trends were extrapolated into the future and combined with projections of the effects of future sea level rise and storm activity to derive projections of future shoreline change.

The dividing line between land and water along the world’s shorelines has been assessed from over 3 million satellite images covering the period 1984 to 2015. This was done for any given year in this period by finding the areas where water presence has never been detected on satellite images throughout the year. This permanently dry land defines the shoreline. From this information, past shoreline change was determined at a spacing of 250 m alongshore around the world’s entire coastline. These changes result from geological and hydrodynamic processes, including the impacts of human interventions on coastal sand budgets.

The scientists conclude that shoreline loss will already be apparent by 2050, and that towards the end of the century, loss rates will increase further. Almost half of the world’s sandy beaches could be gone by the end of the century. A substantial proportion of the threatened sandy shorelines are in densely populated areas. The moderate scenario of climate change results in 17% less shoreline retreat compared with the high-end scenario in 2050, and 40% less retreat in 2100. This corresponds to a global average of around 42 m of preserved sandy beach width in the moderate scenario by the end of the century. Projected globally averaged shoreline retreat by 2100 is 86 m for the moderate and 128 m for the high-end scenario of climate change. This illustrates the importance of mitigating the emission of greenhouse gasses.

These future projections are combinations of shoreline changes because of geological and hydrodynamic processes, including impacts of human interventions, and the effects of sea-level rise and changes in storminess. The latter dominate future shoreline changes in about three quarters of the world’s coastline.

According to the authors of this study, ‘the projected shoreline changes will substantially impact the shape of the world’s coastline. Many coastal systems have already lost their natural capacity to accommodate or recover from erosion, as the backshore is heavily occupied by human settlements, while dams and human development have depleted terrestrial sediment supply which would naturally replenish the shore with new material’.

The results of this study are alarming. However, the authors emphasize that more sustainable management of coastal zones and river basins can prevent some of the erosion. They cite the Dutch coast as the most prominent example of this: effective site-specific coastal planning appears to be effective in stabilizing the Dutch coastline.