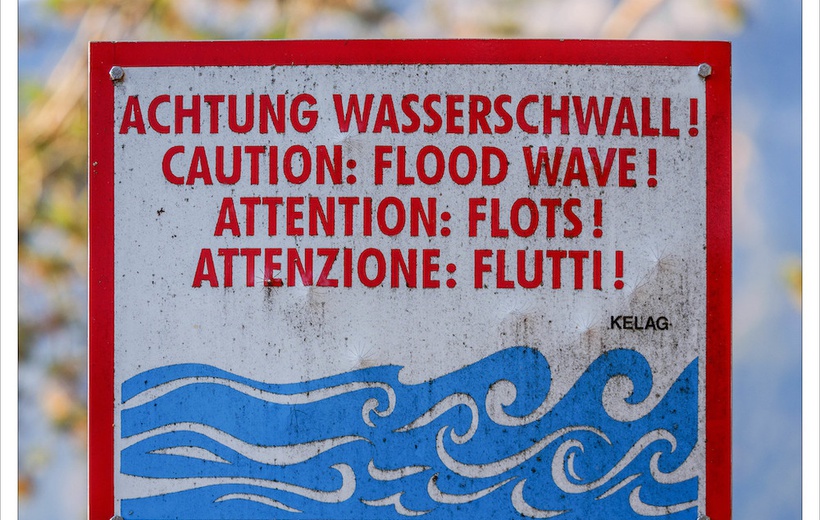 The damage of recent flash floods in Germany may be € 30 billion, German authorities said on August 9. More than 180 people lost their lives. In addition, there were tens of casualties and a lot of damage in Belgium as well. In the Netherlands, there were no casualties and the damage, although substantial, was far less than in its neighbouring countries.

We can get a feeling how catastrophic these numbers are by looking at the impacts of floods in this part of Europe in previous decades.

A paper on social disruption by flooding in Europe compared the impacts of the six most dramatic floods in Western and Central Europe in between 2002 and 2013. In terms of numbers of casualties, economic damage, and social disruption. From these floods, damage was greatest for the 2013 river floods in Central Europe: € 17 billion. According to data published by the reinsurance company Munich Re, this flooding was the world's most costly catastrophe in 2013. This estimate refers to direct costs only, such as for the repairing or replacement of buildings, infrastructure, factories, and houses. For the 2013 flood, the additional, indirect costs of business interruptions or losses in production have been estimated to be € 6.2 billion. The number of casualties of each single event of these six floods did not exceed 100.

The Netherlands is known as a low-lying country where ‘the world’s finest flood defense’, in the words of Jed Horne in his book on the flooding of New Orleans, protects 55% of the country’s land area against extremely high (and rare) flood levels at the coast, and on rivers and lakes.

After the flooding of New Orleans in 2005, Dutch authorities drew up scenarios of extremely unlikely, ‘unthinkable’ large-scale floods to strengthen their contingency planning for flood disasters. One of these scenarios is a flooding of the Netherlands’ largest rivers Rhine and Meuse because of dike breaches. The flooding in this scenario led to € 39 billion of economic damage and 55 casualties.

For the Dutch, this scenario is highly unlikely. A worst-case scenario that only shows its impact in model outcomes on a computer screen. The recent floodings showed us that this worst-case Dutch river flood is no exception on the scale of Central and Western Europe. The impact of the scenario for the Netherlands reflects the impact of the recent flooding in Germany. A flooding beyond imagination of most Dutch flood experts and authorities has become a reality just across the border.

On a time scale of decades, the recent flash floods in Germany, Belgium and the Netherlands are catastrophic and unique. In isolation, for one country, they are often considered ‘once-in-a-lifetime’ events. In a wider geographical perspective, however, they are part of a series of dramatic flood events that may seem highly unlikely in one part of Europe but are less unique when you look beyond national borders. In a European perspective, extreme flood events do happen every now and then.

By looking beyond national borders, from a wider geographical perspective, we can learn from disasters elsewhere to prepare for climate change. Extreme events that we don’t think will occur in our hometown, are not that unique on a larger scale. The Dutch scenario of a highly unlikely river flood has become reality just across the border. In the words of Lee Clarke, an expert on worst case disasters: ‘Things that never happen, happen all the time.’