The benefits and price tag of greening European cities 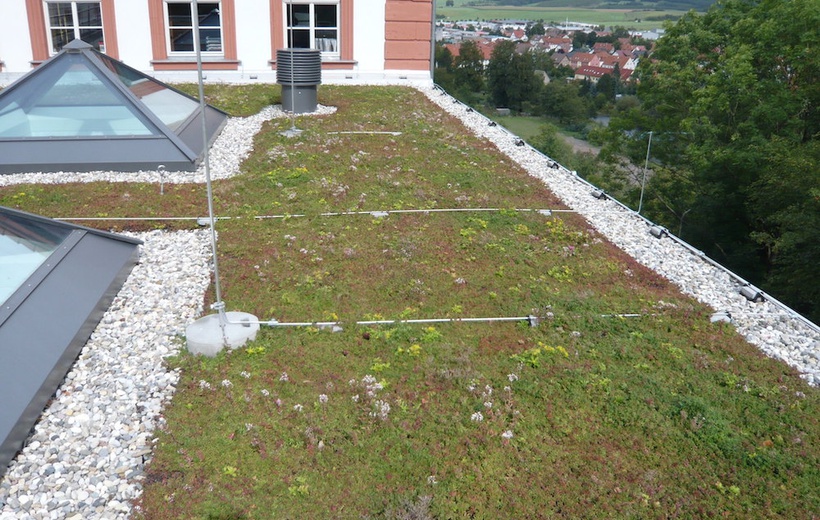 Green roofs can be an important measure in the context of the European green deal. The benefits of green roofs include the reduction of storm water runoff by retaining precipitation, less energy demand for the cooling of buildings, and lower air temperatures in the city on a hot day (as a result of transpiration by the plants on the green roofs). In addition, green roofs enhance sequestration of carbon dioxide and pollutants from the atmosphere, reduce noise in buildings, increase habitat for especially birds and pollinators, and improve well-being for the local population.

The opportunities and limitations of green roofs as a tool for sustainable urban development in Europe have been assessed in a model study. The study focused on the period 2070 - 2100, compared with the reference period 1990 - 2013, for a moderate and high-end scenario of climate change. In this study, roofs were turned into green roofs at a scale that agreed with 35% of the total European urban impervious surfaces.

According to the results, green roofs cool surfaces by between 2.5°C and 6°C. As a result, air temperature in the city would cool by about half of this surface temperature reduction. Cooling energy saving of buildings could be about 92 TWh/year. The combined effect of carbon dioxide sequestration by biomass growing on green roofs, and energy savings can be up to 55.8 Mtons per year. Transpiration of rainwater from these green roofs could potentially reduce urban runoff by about 17.5%, and thus help to avoid urban flooding during rainstorms.

There is a price tag attached to this, however. The benefits that could be monetized by the authors cover less than half of the estimated costs of greening. There are additional benefits that might be worth such extra cost, according to the authors. These benefits are related to, for instance, biodiversity, water quality, health, and wellbeing.